Get Thee to Nunhead

‘East Dulwich is so over. It’s all about Nunhead Village now’. Not my words, the words of a twunt in a wide suit pinning a poor salary slave to a wall and trying to sell them a house.

What is this ‘village’? Do they mean that bit between East Dulwich and New Cross with the pub with the funny name? Yes, it turns out, they do.

Nunhead, SE15, is believed to have taken its name from the Old Nun’s Head inn, which is in turn said to allude to the beheading of a nun during the Suppression of the Monasteries in the 16th Century. There is no evidence for this, but it is actual fact.

So, with bugger all else to do, we went to take a look at Nunhead village life. And, since old Deserter mucker, Half-life, was available we were even able to take a village idiot with us.

There are, brilliantly, plenty of pubs to choose from. Most obviously they are located around the open space in front of the charming almshouses, Nunhead Green. Sadly, the green was closed for gentrification on our visit.

I used to drop in to The Man of Kent years ago to watch the racing and make use of the handily placed Coral next door. Now the Coral is gone (joining a good number of other shops standing empty, incidentally) but The Man of Kent marches on, the racing on all day and offering anything you want to drink, as long as it’s lager.

The Pyrotechnists Arms, named after the old Brocks firework factory that stood nearby, is similarly unreconstructed. It also shows the racing (two pubs showing the racing? I’m coming back to Nunhead for the St Ledger, that’s for sure) and does a good pint of Guinness to be enjoyed amongst dangling wires and clearance furniture. What set it apart from the Man of Kent was the clientele. It was practically full at 3pm on a Thursday, like pubs used to be before pints got too expensive. Hats off.

This was Half-life’s favourite and he stayed to watch Glorious Goodwood with his new chums while we pushed on, full of journalistic zeal. And beer.

The Old Nun’s Head is certainly worth a visit, with it’s lovely, wood-panelled interiors, decent beer selection, street food nights and regular events upstairs. It certainly feels a little more modern – it even takes Bitcoin, the virtual crypto-currency that seems to increase in value faster than London property, until you try to sell them and discover your broker is in Mauritius, reclining on a pile of your easy-earned cash and ejaculating liquid gold into the hand of a wide-eyed girl from Port Louis. 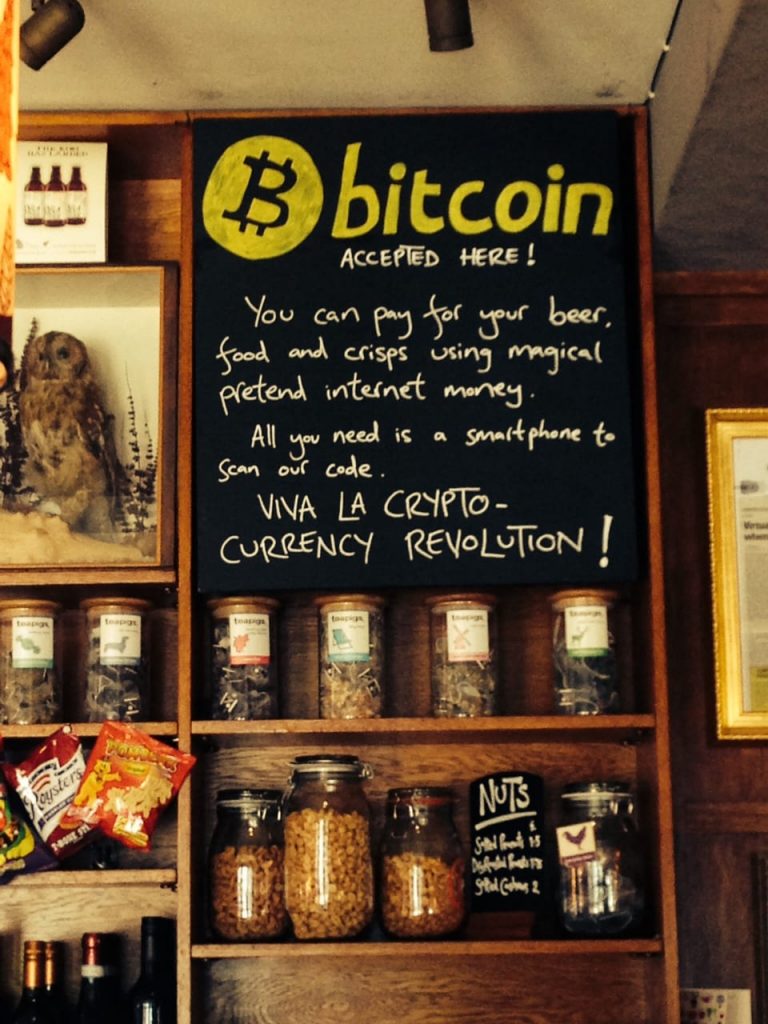 But standing head and shoulders above the competition for best pub is The Ivy House on Stuart Road.

When, in 2011, a ‘for sale’ sign appeared on this old back-street boozer, locals rallied and formed a committee to save it by first getting the building listed, then applying for an ACV (Asset of Community Value) from Southwark Council and ultimately, with the assistance of grants and loans, putting the funds in place to buy it from the developer who had bought it from Enterprise Inns. It re-opened last year as London’s first co-operative pub.

And what an absolute cracker. Wood-panelling, high ceilings, open fireplaces, a stage room, a winter room in the back, 24 (that’s TWENTY FOUR) beers on cask or keg… From the moment you enter you want to get down on your knees and give thanks to all involved in saving this place from developers. And if you have enough of the Kernel IPA at 7.1%, you probably will.

To this day the Twitter handle for the pub is @Save_Ivy_House, a valuable reminder of how close this wonderful place came to being disappeared.

Again, no contest – Bambuni. Fine food, nice little Mediterranean-feel outside space and friendly service. You can sit there, being all good with a bowl of soup, checking your bleedin’ email, with one eye on the yummy mummies and toying with the idea of another Americano when, what’s this? They do wine… and 120 types of bottled beers? Sod the personal admin, let’s get shit-faced!

They do bar and food nights too. I haven’t been but they have a good rep. Check the link above for details.

Sopers for wet fish, Smiths the butchers for your meat, AG Flowers for, er, flowers and the renowned Ayres the bakery for… Hang on a minute, maybe this is a village.

I suspect Ayres, with its cronuts, crumbles and cream horns, may be single-handedly responsible for the population of Nunhead having the lowest life-expectancy in London (71 for men, 76 for women). Fortunately, I no longer have a sweet tooth. It fell out.

Nunhead Cemetary. You’d be forgiven for thinking that Nunhead is a simple linear settlement that hugs Evelina Road on the rat-run between East Dulwich and New Cross. But if you did, you’d not only miss the aforementioned The Ivy House, but also Nunhead Cemetery, a huge wooded Victorian cemetery perfect for dogs and humans, dead or alive. Our favourite spot was the bench with a carefully maintained view of St Paul’s Cathedral, where we paused, said a prayer to Mary (Jane) and cracked open a bottle of Buckie. There are an incredible 52 acres in all. Count ’em. (I didn’t, I had a date with The Ivy House.)

Nunhead American Radio on Resonance 104.4FM, featuring the self-appointed President of Nunhead, New York comic Lewis Schaffer, is a radio programme for and about the residents of Nunhead with ‘special focus on the immigrant American community’.

What is There to Moan About?

Lack of decent (and permanent) evening eating out places. Probably the best is the Thai at Chais Garden behind Skehans pub on Kitto Road but a) reviews lately have slipped from average 4 star to average 3 star and b) I’m not even sure if it counts as Nunhead.

Aquarius Golf Club. A nine hole golf course laid out on the roof of an operating reservoir (I’m not making this up, honest). It has a delightful old clubhouse with sensational views over London from the terrace. It costs 50 quid a year to join as a social member only, or if you dabble in the auld game they will let you play a trial round before you join. 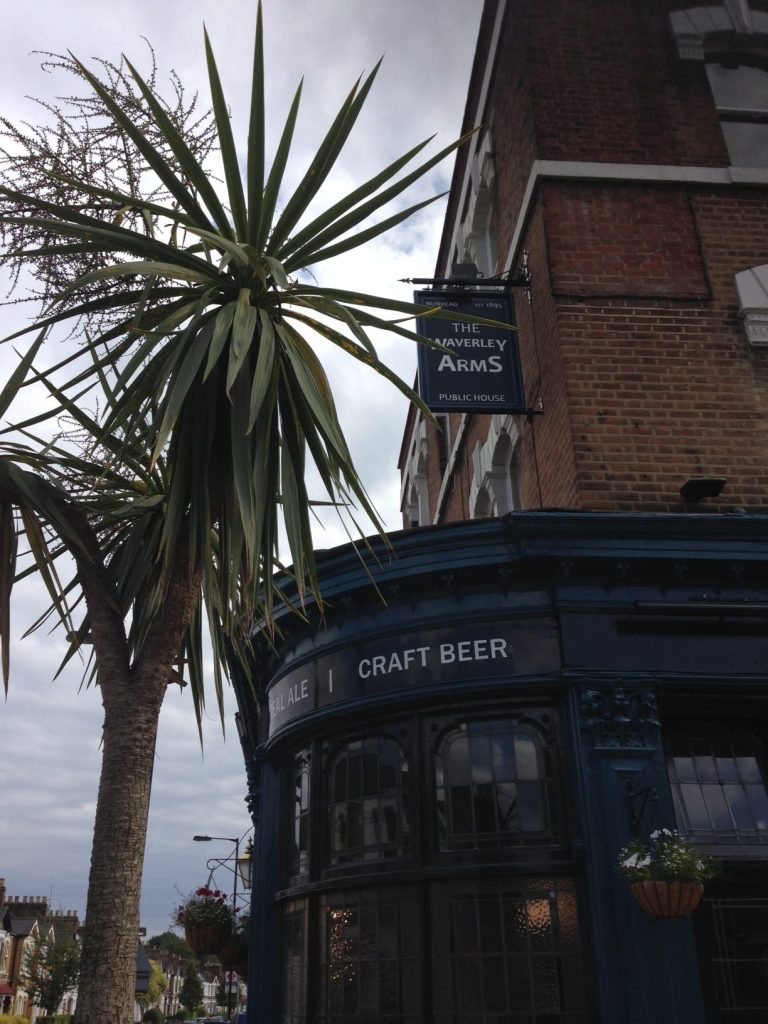 The Waverley Arms, 202 Ivydale Rd, opened last week and is so new its website doesn’t work yet. I don’t even know why I linked to it. It’s so new they are still painting the ceiling. It’s so new they still charge 30p for a pint of lime and soda – get it while you can, tee-totallers!

It’s another handsome building with lots of space, a sympathetic re-fit and some good ales, including from local outfits Clarkshaws and Brockley Brewery. Landlord, Jonathan, is keen to run it as a modern take on a classic Victorian corner boozer and the only thing he’s lacking at the moment is customers, so stop reading this, dust off the penny-farthing and get down there.

Nunhead Green re-opened, all shiny and new, but the big news – at least amongst beer afficionados – is the opening of The Beer Shop at 40, Nunhead Green, an excellent micropub in the true Kentish style run by husband and wife team, Lee and Lauren. As it says on their website, ‘One is a beer obsessed, beardy man who has worked in and run pubs for years. The other isn’t.’

As with so many of our local micropubs, I was the first member of the public to be served in the Beer Shop on the day it opened, having formed a queue of one at 3.55pm. I mention this in case you think what I do is somehow easy or lacks guile.

Having said that, I confess to omitting to mention Pull The Other One first time around, the monthly experimental comedy club that Bruce Dessau included in his recent run down of South London comedy. Run by Vivienne and Martin Soan, it takes place at the Old Nun’s Head on the last Friday of the month.

Finally, I did indeed return to Nunhead for St. Leger’s Day. And for Cheltenham. And for a couple in between if I’m honest. The Man of Kent gets my nod for top festival racing venue due to the big screen atmosphere, though the free ham rolls at the Pyro ran it a close second.

Is Deptford in a Good Place?