The Dulwich Raider/19 Aug, 14
Most PopularTacticsTravel

‘Would you like to do anything special for your birthday?’ asked my mother and, as always, I was ready with my answer.

‘I wanna go on the London trains, Mama!’ I said. Her face registered the merest flicker of disappointment – I was 24 years old, to be fair – but then broke into a brave smile.

‘Of course, darling, the trains, again,’ she said.

And so it is that I am able to reach back in time and introduce you to one of the world’s great train journeys: London Bridge to Charing Cross. And back.

London is re-fashioning itself into a glass and steel any-city and while this particular route showcases many of these changes, there are still plenty of the sooty, Dickensian brick edifices of Old London Town to be seen along the way. Catch them while you can. 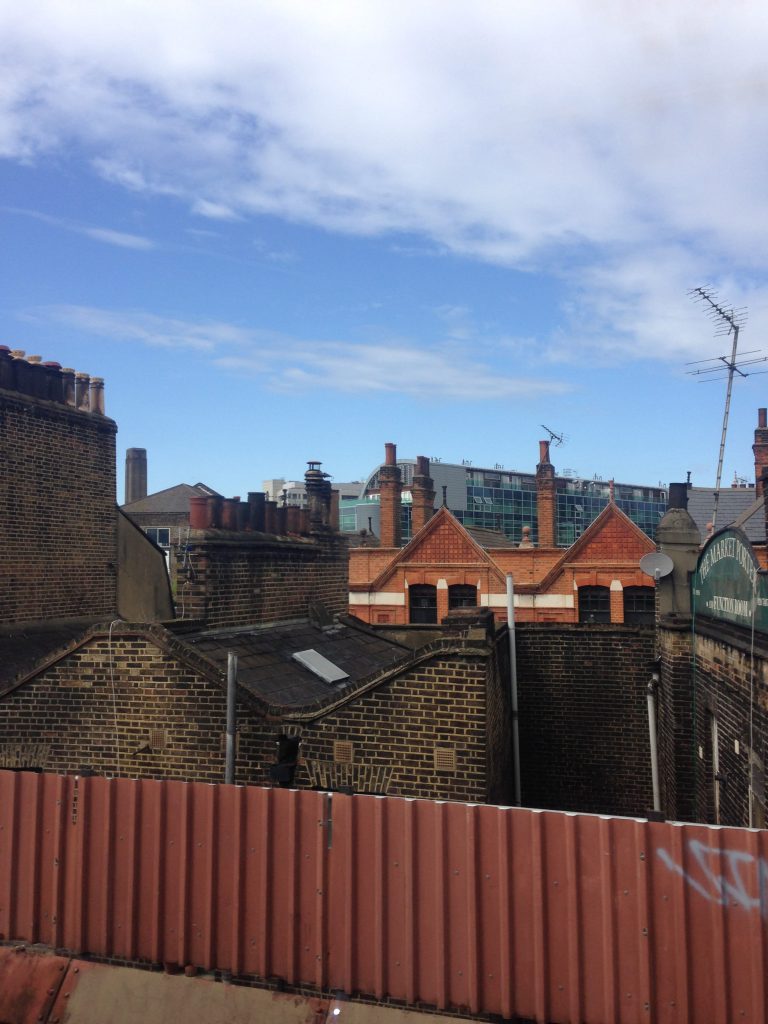 And what better way to get the feel of a city than a rickety elevated ride through it at five miles an hour? Slow enough to see people’s expressions or what they’re having for tea, brief enough to leave plenty of time for messing about at either end – even if you are forced by Capitalism to make the trip during your lunch hour.

Incidentally, do not under any circumstances attempt this journey during the rush hour. You will spend it in a crush of ashen-eyed automata and will be lucky to escape with your soul. No, the ideal time is between 11am and 4pm on a weekday, when you can happily lay your hat on the seat next to you.

(I would also recommend a Sunday, although this can be risky as Transport for London often chooses Sundays to do its so-called maintenance – a national disgrace. Why should maintenance be done on a holiday, the people’s day? The worker’s free day? It’s even Our Lord’s day, for crying out loud. Can you honestly see God cocking about with rail replacement buses? It’s not only rude, it’s fucking blasphemous.)

Before your journey commences, leave sufficient time to prepare suitable clothing, sustenance and good company – the holy trinity of good travel cheer. Clothing should, of course, be appropriate for your destination as well as your departure. I chose a simple shorts and t-shirt combination, pound-shop cowboy hat and some flip-flops to put on in North London where walking barefoot is frowned upon.

Entertaining and knowledgeable company is a boon for any journey. Sadly, I was unable to find any so I had to make do with long-time Deserter associate, Half-life, who sported a gabardine suit with spats and accompanied me to Borough Market to pick up some supplies for the trip. I left him propping up The Market Porter while I elbowed my way through groups of tourists photographing cheese to purchase a Mrs King’s Melton Mowbray Pork Pie.

Our preparation complete, we headed to London Bridge station.

The good thing about this journey is that no interrogation of timetables is required. Trains leave for Charing Cross approximately every three minutes and journey time is either nine or 14 minutes, depending on who you believe.

On platform six, as we waited for our train, we noticed our first landmark. Or rather, it lunged at our eyes, filling them with architectural ordure: The bastard Shard. A gargantuan pointy monstrosity fisting the sky; a risible symbol of male inadequacy so utterly divorced from its surroundings that it makes the whole area look ridiculous. It’s so idiotic it could only have been built by men. I sometimes wonder if it’s only women who truly love this city, while men spend their energy fucking it up with shit buildings. Why can’t I just live in a city filled with women? Why?

‘Think of it as giving a giant “finger” to North London,’ said Half-life, as our train pulled out of London Bridge and that… kind of helped.

Southwark Cathedral hoved into view as our train trundled back across Borough Market, offering a birds-eye glimpse of The Market Porter to the right and the now-more-or-less-ruined Wheatsheaf pub to the left. 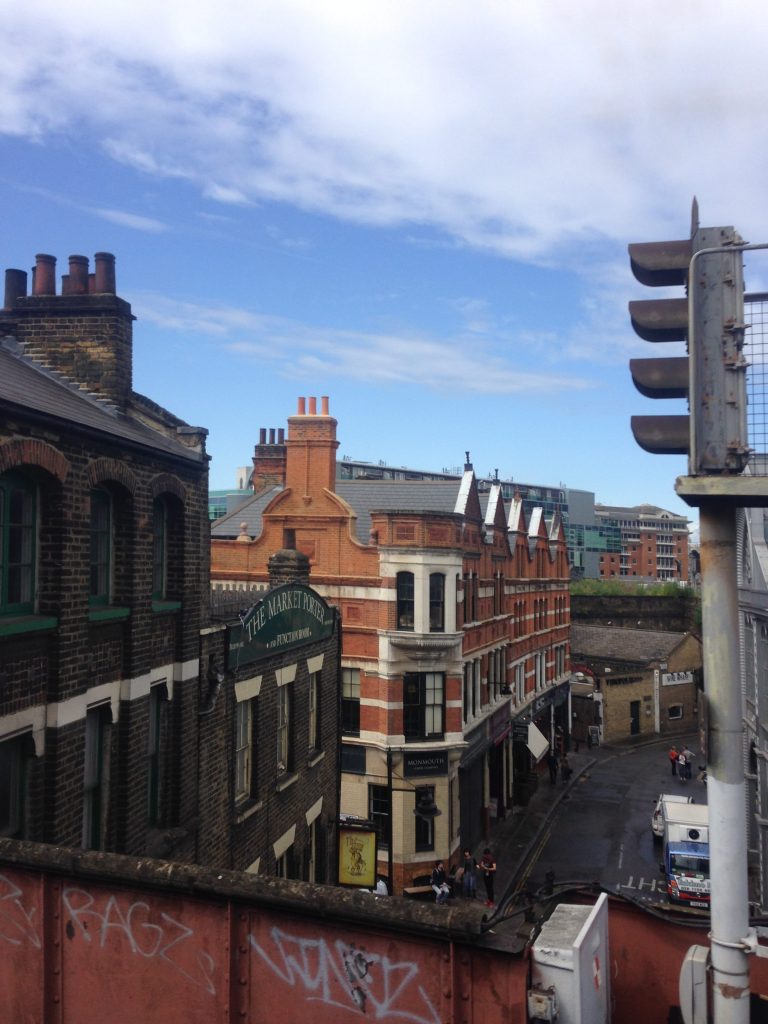 ‘Look!’ cried Half-life, reverting to imbecile, ‘That’s where we were!’

Shortly after passing the delightful Menier Chocolate Factory on the right, you will spot the brick tower of the Tate Modern, formerly Bankside Power Station, designed by Sir Giles Gilbert Scott. This should be taken as your signal – forgive the pun – to begin your picnic. I took out my pork pie and laid it on the seat beside me, whereupon Half-life, who had previously suggested he would not require sustenance on the journey, first took a quarter of it, followed quite soon by another quarter. In return I was provided with a sip of his ‘beer picnic’ – a tin of warm shoplifted lager.

‘Fucking excellent members bar on the 5th floor of the Tate,’ said Half-life, with his mouth full. ‘Overlooks the river. I was a member there until I was sick off the balcony, proper blootered on rum at a book launch.’

‘Whose book launch was it?’

With conversation like this it is little wonder that tempus fugit and before you know it you’re at Waterloo East.

‘Bollocks,’ said Half-life, as our train came to a halt. ‘We’re on the stopper.’

To your right, as you pull out of Waterloo East you get a glimpse of the charming ‘Mary Poppins’ Victorian roofscape of Theed, Whittlesey and Roupell Street in the Roupell Street Conservation Area, where the terraced town-houses now fetch in excess of £1m, like all houses in London. Roupell Street is home to the excellent Kings Arms pub, the by-passing of which is the saddest thing to happen on this journey and should not be dwelt upon.

Look to your right and the BFI Imax appears, where for dozens of pounds you can watch giant shit films. This is followed by brief views of the National Theatre and the Royal Festival Hall, both ideal for pints on balconies over-looking the river, though threatening to be over-run by Barracudas, Iguanas and Giraffes – and not the good sort.

The final leg of the journey takes you across the water to your destination, Charing Cross Station, sometimes abbreviated to ‘Charing X’ in an early example of text-speak.

At this point, one could simply cross the platform and take a train back to London Bridge, but resist the temptation. For what is travel if not a chance to visit different cultures and compare them unfavourably to your own? Outside Charing Cross you can examine the native North Londoner: a little hunched, maybe, preoccupied; generally more ‘worky’, perhaps, as they hurry fretfully back and forth, to and from offices, as if anyone gives a bollock.

Ignore them and stride purposefully across the Strand and up Adelaide Street, at the end of which sits one of the places we’d happily welcome to South London, The Harp, where you will receive a hero’s welcome and a hotdog.

Once refreshed with glorious ale and fine sausages one more delight awaits before the journey home and I will attempt to guide you there pictorially.

Retrace your steps to Charing Cross and head down Villiers Street to the east of it until you see this: 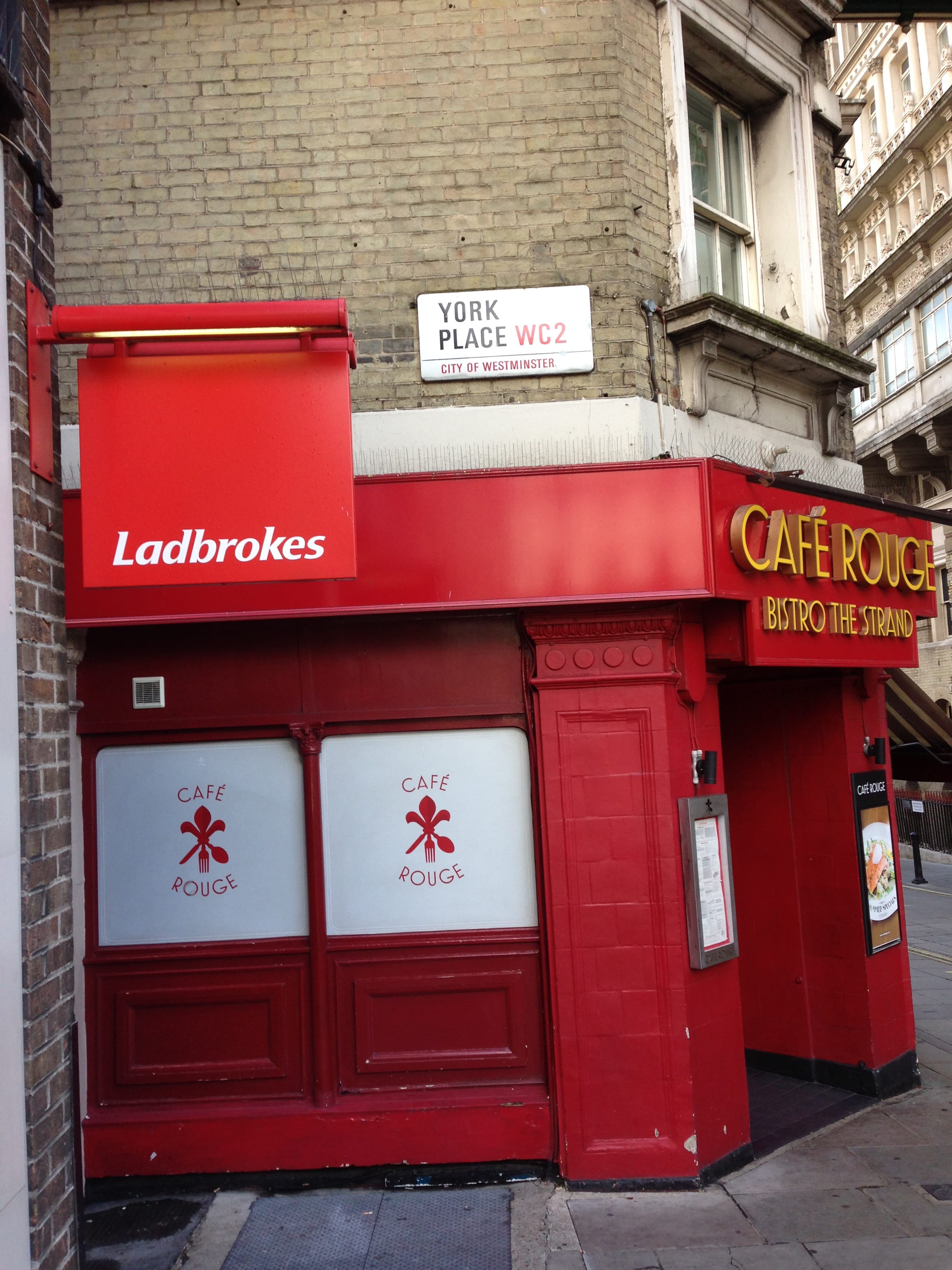 And then turn left into York Place, a vile back alley offering little except the acrid stench of human excrement. Press on proudly, for you are on the right path.

At the end of York Place, turn right and then first left until you see a sign for York Buildings. 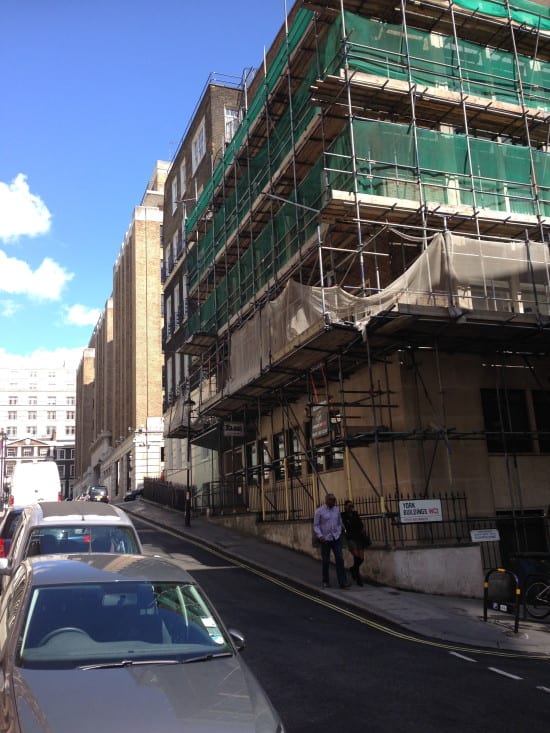 Take a right down York Buildings… 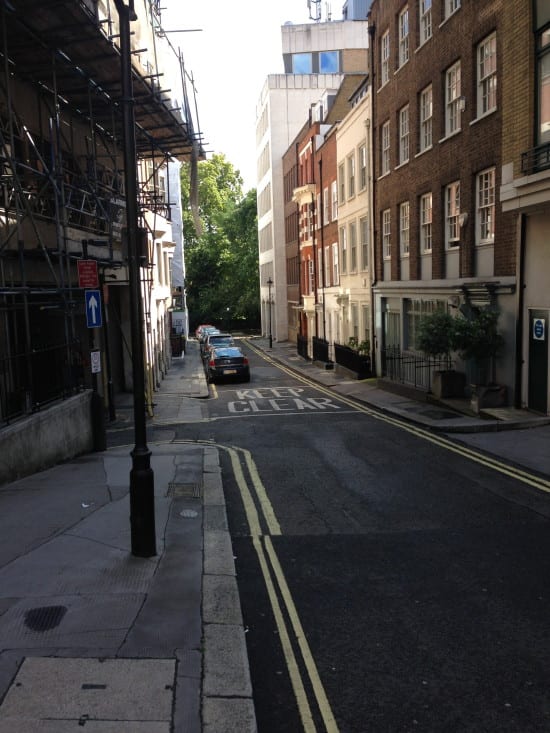 …and on your left you will see a sign for Lower Robert Street which, at first glance, seems to disappear down into the Inferno.

Absolutely. Go on. Head down the hill. 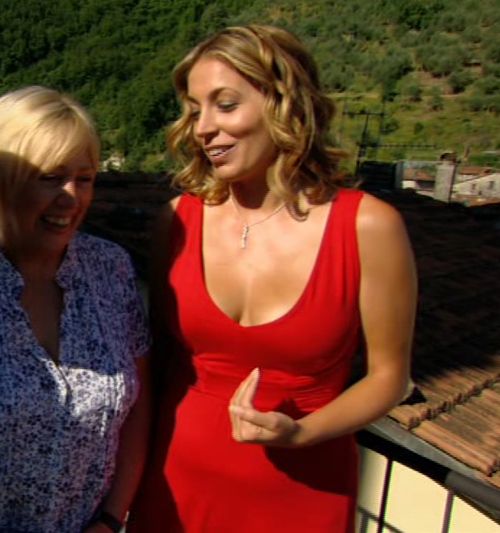 Sorry. Ignore this one. No idea what it’s doing here. Bloody WordPress. 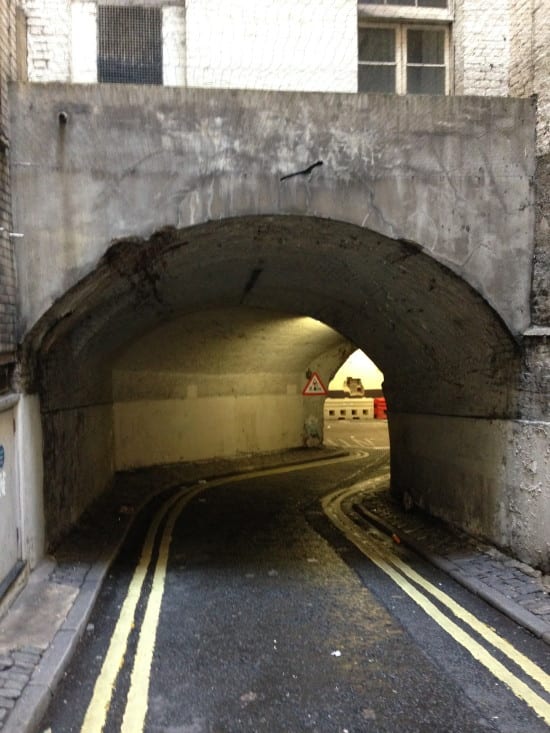 Once the preserve of thieves, vagabonds and murderers, you are now entering a secret subterranean street that runs beneath the Adelphi – a large 18th Century housing development – and which, despite all appearances to the contrary, remains open to the public (and the odd smart taxi driver).

If you do happen to be challenged by the authorities, as I was late one night, just shout, actually shout, ‘Stand aside, sir, for this is ancient land, my land, and this path has been a legal right of way since 1542!’ It’s all balls, but it worked fine for me.

Before entering the tunnel proper, Half-life tarried upon a stump, perhaps an ancient milestone, to roll a magic cigarette and enjoy his favourite place in all of London.

Legend has it that the tunnel is haunted but, like, yeah, really? Keep going and soon enough – perhaps within a day or two – you will emerge, blinking, at the riverside paradise of Victoria Embankment Gardens where you can sit awhile and collect your thoughts and where Half-life was politely asked by the park-keeper to urinate in the toilets provided.

So that’s it. A final secret in what is a delightful way to visit North London. All that remains is to return to Charing Cross for the short trip back to the Glorious South, and very possibly another visit to The Market Porter.

What was it Mark Twain said about travel? That ‘travel is fatal to prejudice, bigotry, and narrow-mindedness’? I put this to Half-life as we padded back to Charing Cross, via the off-licence.

‘I don’t know about that,’ he said, ‘That parkie was a right cunt.’ 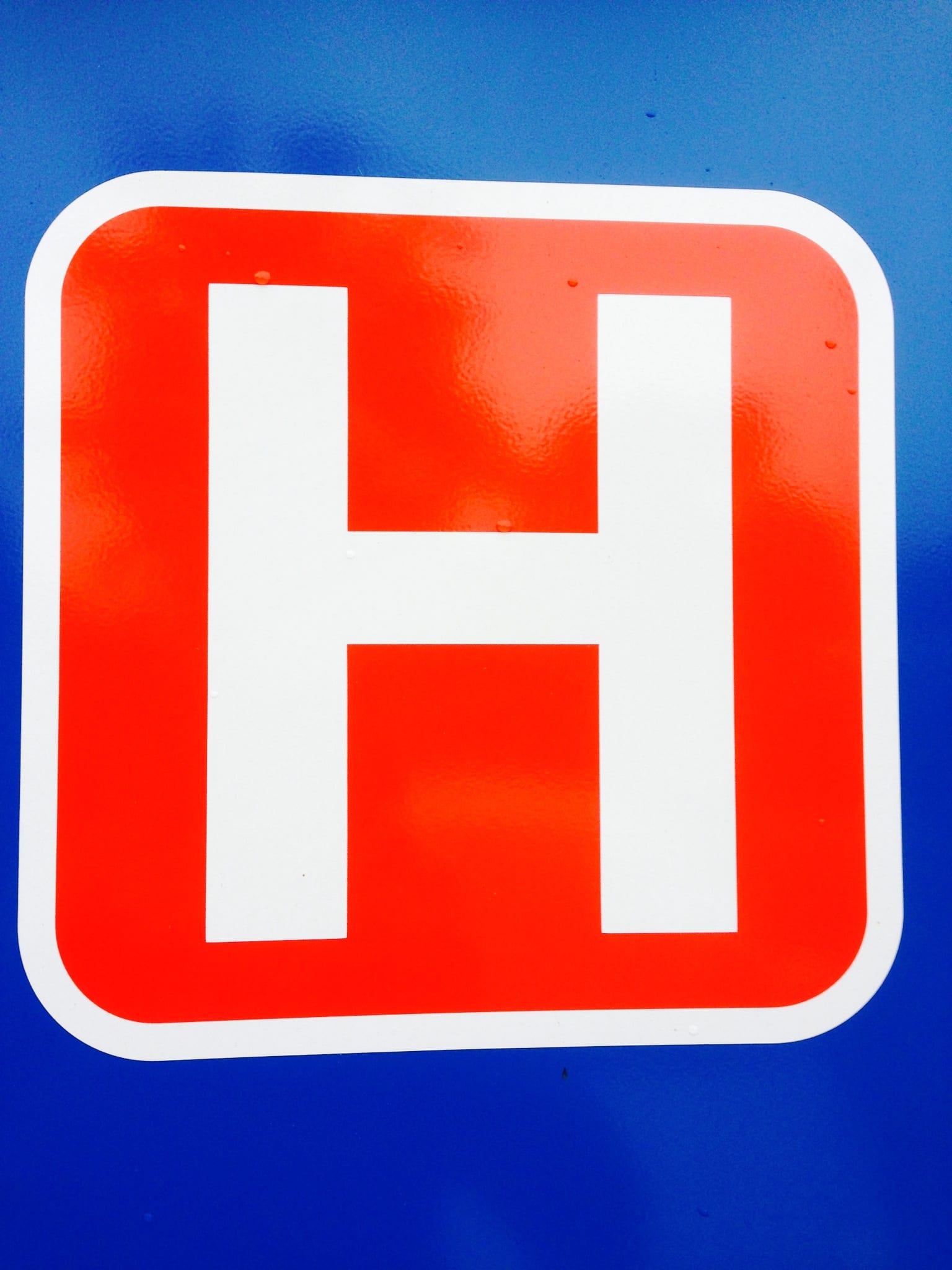 "RT @ldnloocodes: Hello. We'll be tweeting the codes for loos in various cafés around London as we get them. @ us with codes so we can retwe…"
45 minutes ago
"@mralistairgreen cc @rvamarsh @PaulPawhitehead @oohrogerpalmer @chrispressley"
5 hours ago
"RT @typejunky: Lads, I’ve found an escape route. Who’s with me. https://t.co/ZLnGkXRR5f"
7 hours ago
"It's Friday. Bring out your baskets. https://t.co/i2m2Ta9vYm"
8 hours ago
"RT @baleboy_93: The greatest of tributes to a unique person, we’ll miss you Mishi, outstanding and powerful video @JXMSZ as always 💖💙 https…"
8 hours ago