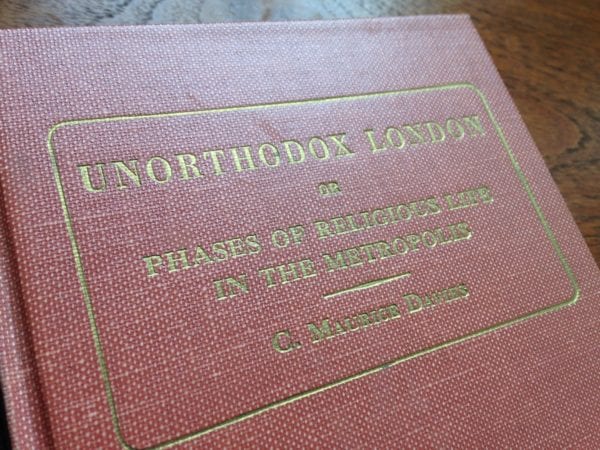 South London has always had its fair share of oddbods. Why, only this year I saw a man in a cowboy hat riding a horse in Nunhead Village, like he was off cattle rustlin’ in Peckham. But 19th century religious dissenters, The Peculiar People of Plumstead and the Walworth Jumpers, set the bar well beyond the grasp of the merely unhinged.

The Peculiar People may sound like vintage sci-fi on ITV9, but it was a devout, narrowly-focused, religious sect, deeply unpopular in Plumstead and Woolwich in the 1860s. For their part, The Peculiars took antipathy towards them as confirmation of their righteousness, like, say, Donald Trump.

The Peculiar People believed the whole of the Bible to be literal truth, but had a single central conviction based on a couple of lines from it: ‘Is any sick among you? Let him call for the elders of the church; and let them pray over him, anointing him with oil in the name of the Lord: And the prayer of faith shall save the sick, and the Lord shall raise him up.’

Ergo, the sick didn’t need doctors. They just needed the oldies to pray for them while rubbing them with oil. Who’s in? While they scored big on piety, making them no fun at parties, their dependence on prayer to heal the sick made them a danger to public health.

When they invited the controversial Suffolk dissenter, Mary Ann Girling, to preach, it looked at first like an inspired signing. The Peculiars were on a roll at the time, practically shitting new churches in London and Essex, while Mary Ann was wowing Silly Suffolk with her visions, until an angry mob chased her out. And that kind of reaction was bound to impress the Peculiars, a group that took stuff being thrown at them in the streets the wrong way.

But Mary Ann’s welcome soured when she announced she was Divine, a reincarnation of Jesus, who would never die. This was too much, even for the Peculiars, and she was forced to form her own sect. But there was something about her that inspired devotion. She took many worshippers from Plumstead to help her found the Walworth Jumpers in a railway arch near Sutherland Square, SE17. Hats off for keeping it South, though.

Mary Ann trumped The Peculiars’ plain message with her own deft but simple platform for the Walworth mission: Forget about sex and follow me.

Converts would give up even marital congress to live as brother and sister, sharing everything they had, with no money, worldly goods or mucky compensations. They believed they died in the convulsions they ‘received’ during conversion and would never die again. She was signing people up to be among the 144,000 she knew would be saved and there were still plenty of tickets. It’s a touts’ nightmare, the Apocalypse.

Her railway arch sessions were rammed out, as people traded a sex life for immortality without spotting the flaw in the plan. Not everyone was there to worship, some just went for a giggle. The ‘New Cut Swells’ attended, presumably after a pub or two en route, because it was the freakiest show in town. These fashionable local dandies would “talk loudly and whistle with their hats on” as well as heckle Girling, as she posed Scripture-based questions:

‘Why did Lazarus come back?’ She asked the faithful.

‘Did he have a return ticket?’ replied a Swell, to cackles.

But the Swells were there for kicks, not trouble. There was enough of that waiting outside, where local toughs had been known to deliver a kicking to suspected Jumpers. They didn’t want any convulsing, dancing or mesmerism on their manor. (They couldn’t possibly have anticipated the wild shenanigans that would come to pass at The Coronet, being built around the same time down the road, at the Elephant, and sadly due for demolition in 2019.)

At prayer meetings, Jumpers would greet each other with a loud, warm, fulsome kiss. That was as good as it got. After conversion to Jumperism, I mused, I could kiss every girl in the room, full-on, but never, ever have sex again. I have to confess I was momentarily, hypothetically, tempted. The savage irony was that you’d endure an eternity as a Jumper, without ever again getting your hands up one.

While Walworth was rising to force the Jumpers off their patch, the Peculiars were under intense pressure in Plumstead. The Windsor Castle pub, once of Maxey Road, heard the inquest into the deaths of two children refused medical attention by their Peculiar parents. More problems with contagion and subsequent imprisonment led to the schism of the Old Peculiars and the New Peculiars, the latter accepting the use of medicine but retaining the right to be humpy about it. The modernists prevailed and eventually the Old and New made up.

In 1956, the Peculiar People changed their name to the Union of Evangelical Churches, for obvious, if overdue, reasons. The original name came from the Bible (1 Peter 2:9): ‘Ye are a chosen generation, a royal priesthood, an holy nation, a peculiar people’, and must have seemed a good idea at the time. They have 15 churches left, but just one in South London, at Bethwin Road, Camberwell, should you feel sufficiently impressed to join them. They have, after all, not been Peculiar for nearly 60 years now.

Bullied out of London, the Jumpers moved on to Hampshire, with a catchy new nickname: The New Forest Shakers. A wealthy follower bought the movement some property and land, but left them a small mortgage to keep up. Mary Ann was preparing the believers for the Second Coming, which was going to be along any minute. Converts streamed in, drawn by Mary Ann’s certainty, her magnetic eyes and the 0% death rate throughout their entire 7-year history.

The Shakers called themselves the Children of God and forbade the undertaking of business. They lived as an apocalyptic celibate commune, unable to sell their labour or wares or pay for anything, but sharing everything they had (except the good bits). Consequently, they were evicted for not keeping up the mortgage.

Homelessness proved less popular than chastity and their numbers fell away. By the time Mary Ann lay dying of cancer of the womb at the age of 59, she was down to her last 20 followers, like some kind of Twitter nightmare. Some claimed she rose from the dead three days after passing. Indeed there is no trace of her grave to be found in the Hordle village graveyard where she was buried, but she definitely made fewer public appearances.

All that remains as a legacy of the shaking and jumping is a folly built by one of her devotees, Andrew Peterson. He was visited, not by God, like Mary Ann, but by the spirit of Christopher Wren, who urged him to build a whopping great tower, made from the new cutting-edge material, concrete. Perhaps the afterlife mixes your mind but the tower, in Sway, Hampshire, is on the market for in excess of £2m, so now I’m tempted to mix some concrete and leave my own existential marker.

I’m as cross about mortality as the next man, but my feeling about apocalyptic cults is that they reveal the kind of vanity which, however many years you think we’ve been around, makes you sure the big stuff is going to happen on your watch. It’s an unwillingness to accept one’s insignificance.

At Deserter, we believe that we are all equally insignificant and that if an apocalyptic event should nevertheless occur, the best place to be at the time is sitting in a pub garden. Join us. 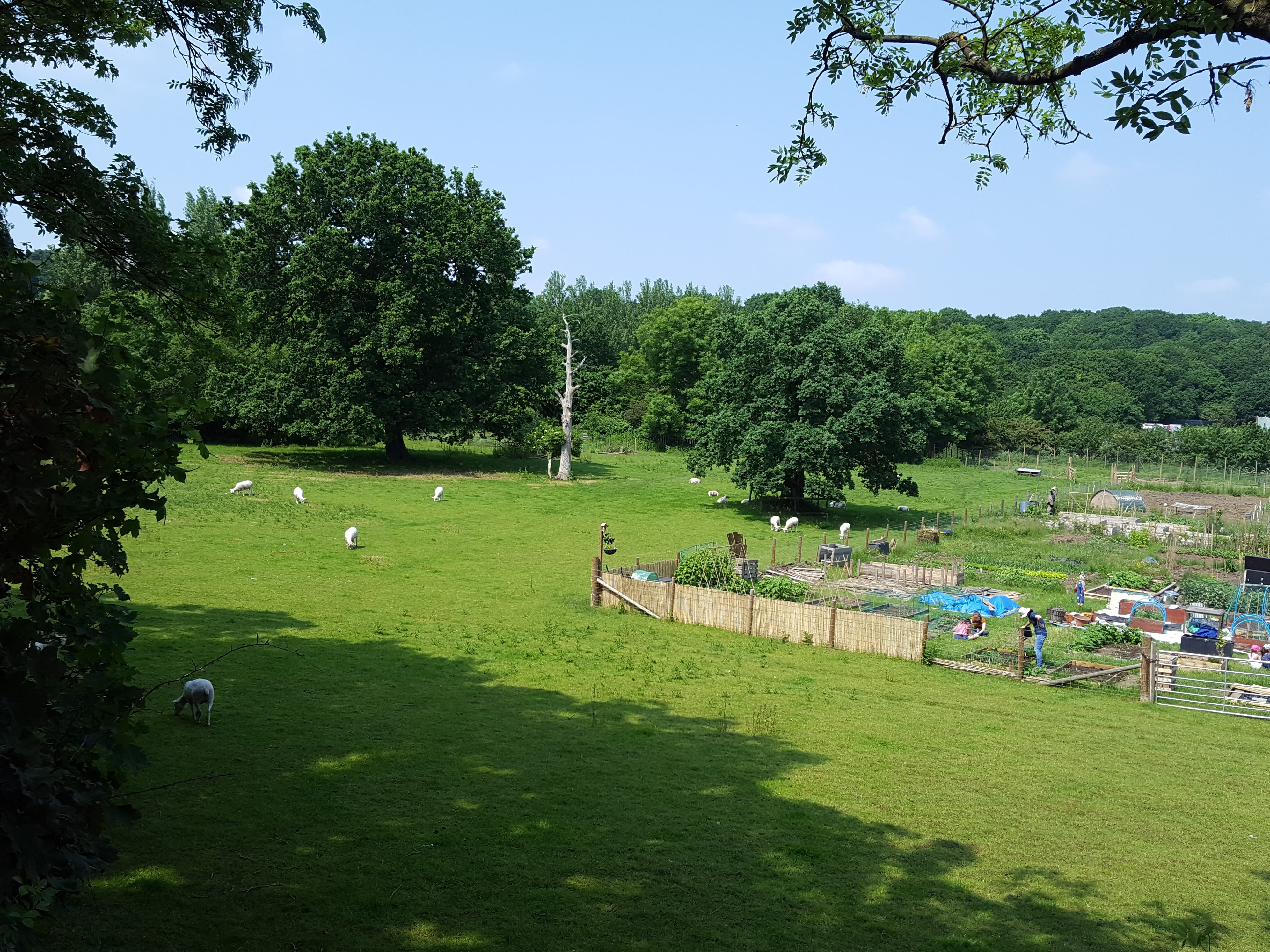 "There’s only one you.Which, let’s face it, is good thing."
10 hours ago
"RT @ldnloocodes: Hello. We'll be tweeting the codes for loos in various cafés around London as we get them. @ us with codes so we can retwe…"
13 hours ago
"@mralistairgreen cc @rvamarsh @PaulPawhitehead @oohrogerpalmer @chrispressley"
17 hours ago
"RT @typejunky: Lads, I’ve found an escape route. Who’s with me. https://t.co/ZLnGkXRR5f"
20 hours ago
"It's Friday. Bring out your baskets. https://t.co/i2m2Ta9vYm"
20 hours ago