The World’s Mine, Oyster

Anyone travelling in and around London over the last couple of weeks will know, thanks to the contactless payment announcement playing ad nauseam, that Oyster is no longer the only game in town.

‘Contactless payment is now available,’ says a disembodied young man unlikely to trouble the top table of voice artistry. ‘Watch out for “card clash”. Only touch one card on the reader to avoid paying with a card you did not intend to use.’

I have a number of responses to this message:

2. To clarify, please – I’m asking you nicely – do not charge me more than once for the same journey.

3. ‘Card clash’ is not a thing and saying it in inverted commas does not make it a thing. What you are referring to is your own technical incompetence coupled with a casual disregard for your customers.

According to data obtained under the Freedom of Information Act, Oyster users (across the tube, National Rail, DLR and the Ginger Line) were ‘overcharged’ £43 million in the first 10 months of 2013 by means of penalty payments, apparently mostly due to users not ‘tapping out’ at their destination.

There I am in the middle of some delightful travel-induced reverie and TfL wants me to tune back into grim reality in order to commune with a machine? Piss off.

But look at me. I tap in here, I tap out there, I forget to tap somewhere, I notice there is less money on my card than there should be, I telephone the under-staffed call-centre to claim back overpayments, which can then only be put back on my card if I know the next station from which I will travel… Or I could register my card and cross-reference all my payments and movements online…

Is it me, or am I doing all the work here? Here’s an idea, TfL: Don’t make life easier for you, make it easier for me, the one who’s paying. It’s called customer service.

But it’s not just about people forgetting to tap out, is it, particularly on National Rail, which makes up the bulk of the overcharged journeys. If your journey is delayed by fire at London Bridge again, say, you may have to pay the maximum fare as a penalty for not completing it in an allotted time. So not only will you be an hour and a half late for that funeral, you’ll also be another tenner down to the rail filth. RIP, Mother.

And when your train is late arriving, or comes to standstill because of a signalling failure or ravioli on the line or a flange of Guinea baboons indulging in a circle-jerk… you still pay. Even if your train is cancelled, you pay. You’ve tapped in, see? And once you’ve tapped in, you can’t tap out and get the transaction reversed. That would be too civilized.

In fact, if you do tap out you are liable to be charged a maximum fare anyway. And this isn’t a mistake. This is policy. ‘If you enter and leave the same station without undertaking a journey, we may charge you a fare up to a maximum Oyster fare,’ trumpets the Oyster conditions of travel.

Let me see, how can I put this politely… This is not fucking good enough, you bunch of thieving jizz-mongers.

But it gets worse. If card readers are faulty or unavailable at your destination and cannot read your card then you will automatically be charged the maximum fare. Worst of all, of course, is when you tap in and out correctly, even using all the appropriate ‘pink validators’ (I know) en route and you still get overcharged. That’s a doozy.

Obviously there’s never anyone in the ticket office to help because they’ve all been laid off to save money. Not that anyone could help anyway because the system is fully automated and scares the shit out of staff; but they are not even there to tell you there is nothing they can do. So you just walk home in the rain, fleeced and alone. Is it any wonder that just hours later you’re standing in your kitchen, swigging gin from the bottle, naked from the waist down, trying to forget it all?

According to statistics, an estimated one sixth of all internet traffic consists of people telling each other that TfL are cunts. And despite being regularly called to account for it by statutory watchdog, London Travelwatch, TfL goes on overcharging. Signage is cursory, stations remain ungated and despite known overcharges on certain routes, the pace of fixes is glacial. Could it be TfL has just got used to all the extra lolly? After all, as their own website points out, ‘We… have to balance delivering our services with one of the biggest savings and efficiency programmes in the public sector.‘

Designed primarily to reduce the amount of poor buggers that TfL have to employ, the piss-poorly implemented Oyster system has, step by step, created an automated travel dystopia. Dreamed up by anti-social, money-grubbing privateers who wouldn’t be seen dead on public transport, Oyster makes financial winners of TfL and our Government and losers of the desperate fuckers that actually use the system, particularly those with little or no time on their hands to make lengthy phone calls for refunds, immensely enjoyable as they are.

‘The whole Oyster card system has been set up with the convenience of TFL and maximum fare generation in mind and very little thought or consideration has been given to the needs and rights of the fare paying customers,’ said John Russell, Liberal Democrat London Assembly candidate for Lewisham and Greenwich, a line subsequently taken up by current Lib Dem London Assembly leader, Caroline Pidgeon.

Christ al-bleedin’-mighty, I’m in agreement with the Lib Dems.

The only positive I can think of in all this is the charming Oyster call centre staff who, having been fully briefed on the monumental fuck-up that is being perpetrated daily in the name of progress, cheerfully offer to pay you back before you’ve even finished your sentence. They sound like university students doing a bit of work on the sly and I love them all. But so what? It’s like thinking the guy who brings you your last meal is a good bloke compared to the executioner.

And now, after all this, they are adding contactless cards into the mix. The reason? It will, says TfL, save up to £80 million in the next five years by reducing payments to the firm providing Oyster. Ok, so it’s to save money.

They also say, ‘This is the latest step in making life easier for our customers by using modern technology to offer the best service possible.’ Yeah, we heard you the first time, it’s to save money.

Under other circumstances the demise of Oyster might be a cause for celebration. As it is, we will just have to wait and see in which ways adding contactless payments to the Oyster shitstorm will further confuse, distress, browbeat and rob TfL customers.

Image credits: Boris is a Cunt photo by @RobManuel, with permission; Please Do Not Use This Oyster Reader photo by Martin Deutsch used on this Creative Commons license.

Video: A Leaning Tour of London 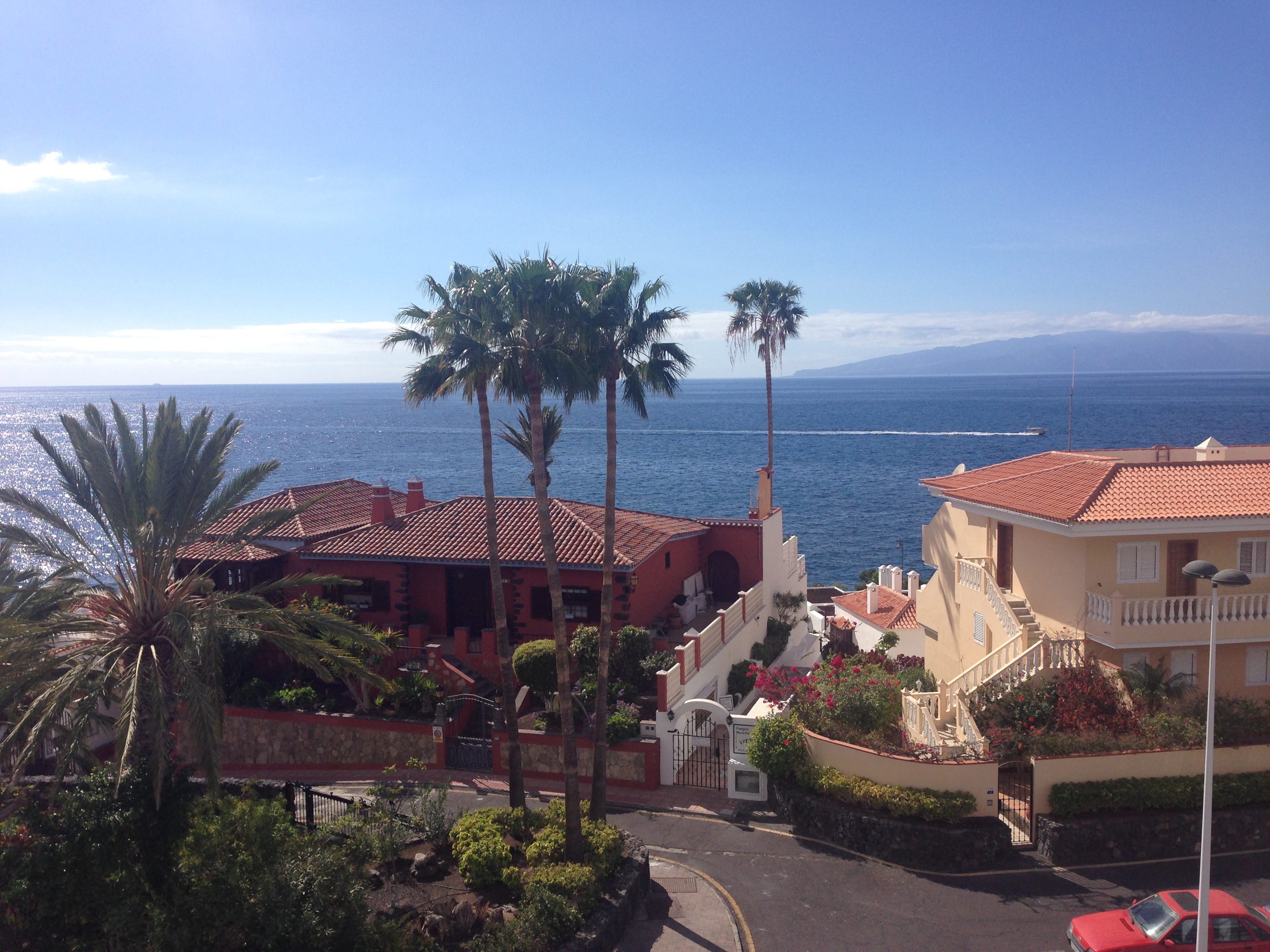 "RT @katbrown: Here is a lovely pony enjoying the rain in south London ☔️ https://t.co/LUOxHhM3wS"
4 hours ago
"RT @KDanielAguirre: Important fact buried in this otherwise dull article: “In 2016, Galloway tested the hydrating potential of a range of d…"
6 hours ago
"RT @theoldnunshead: Due to everyone being utterly bored of it we're not doing a Brexit event on FridayBut if you're in the pub at about 6…"
8 hours ago
"RT @DHFCbar: Making a shortlist for a dark beer to put on tap, and a low ABV for the fridges (2% to 3%)...Any suggestions from supporters…"
12 hours ago
"Top Monday behaviour.#MondayMotivaton #TrainBeers https://t.co/dnmmZ1FcTi"
12 hours ago