— This is a Champagne bar, sir.

— Fine, two pints of Champagne then and a Champagne top for the lady.

Fuck yeah, we’re on the road with the Pink and Blue Army of the Isthmian Premier League – the swaggering dandies of non-League football, Dulwich Hamlet FC – and we’ve splashed out on the high speed train (slogan: ‘Feel like a god, until Ashford’).

Our destination: Margate, in deep mid-winter.

— A fixture to really separate the men from the boys.

— As soon as I saw the fixture list I thought, I’m having some of that.

— I bought a calendar a month early just so I could put a ring round the 17th of Jan.

We pick up more Pink and Blues at the ticket office and load up on coffees, beer and stale bagels from Patisserie Valerie.

— Isn’t there a trolley on the train?

— Too dangerous. If you try to make instant coffee on a high speed train you can go back in time.

— Do I, the Barking Triangle?

— There we were, in North London, went through a tunnel under the Thames and came up in…

— Can you imagine? Caught in an eternal North London loop.

— It could have been the Limehouse Link?

— Yeah, it’s a tunnel, but it doesn’t go under the river. It has the world’s only underground roundabout. They call it… The Undergroundabout.

A message comes through from other supporters on the Victoria train: Are you excited about the fast train? Yes, we were excited, we say, but we’ve just opened beer and now we’re excited by that instead.

— Oh, why must you always pick hairs?

I could say it’s ‘split hairs’, but maybe that’s a bit mean.

Faster than a speeding bullet to Ashford, the train slows after Canterbury and comes to a standstill shortly thereafter, next to a flooded field. The driver says:

— While we prepare the pony and trap.

— Didn’t mention this on the app.

— I use Route Wanker.

The train crawls in to Ramsgate station.

— One of the finest examples of the neo-classical style in southern England.

The train slows again. At this rate we’ll be beaten by the stopper. This country. Finally:

— Oh, I thought it was taking a while.

Out of the station, the wind bites and the smell of the seaweed at low tide sets off a flow of Margate associations.

And now, with Kent the home of the micropub revolution, it’s also known for fine alehouses and our first stop is the UK’s ‘only off-shore micropub’, The Harbour Arms, on the stone pier.

— I’m not sure this strictly counts as off-shore, though.

— No, it’s more a rigid superstructure conjoined to the land.

As we arrive, the sun comes out over the harbour waters. Inside, the tiny, warm bar is filled with more Hamlet supporters.

— I hope they don’t mind us taking it over.

— I hope you don’t mind us taking it over.

— Everyone’s welcome, thanks for coming!

The Old School Brewery Textbook blonde ale is fresh and delicious, a straw-coloured session beer that reminds you immediately how wonderful you are. We carry our drinks outside to take in the view back across the harbour. Now the supporters’ coach has arrived and more Pink ‘n’ Blues arrive on the harbour arm.

— Yeah, someone gave me bad beer. Took me an hour to drink it. I’ve got a bottle of Scotch in my bag, though.

A sudden squall sends us scurrying inside, reminding us that it’s January with a blast of wind and sleet. A local says:

— The vintage roller-coaster in Dreamland blew over the other day, you know.

— Pick up some new ones in Primark.

— Come on, we’ve got to get to The Lifeboat.

And we made a dash for the Old Town.

Did The Lifeboat, in the middle of the Old Town, kickstart the Margate revival, or was that down to the Turner? Let the historians decide, we’re too excited. The Lifeboat is overflowing with yet more Hamlet fans on their South Londoner’s seaside jolly.

We stand outside, next to the owner’s 4×4, parked jauntily across the double yellows.

— What are you drinking?

— It makes her clumsy.

— No, I’m naturally clumsy. If anything, wine helps. My grandad said I’d trip over the pattern on the carpet.

— Uh-oh, I just had my first twinge of nerves.

— We’ll win today. The boys love it down here.

— What’s that in your pocket?

— Not that pocket, the other one.

— And not just any lager, Marks and Sparks lager.

A man approaches the pavement throng.

— Are you Dulwich? I had trials for Dulwich. I’m from South London. Look at my tattoo. Welcome to Margate. You’ll love it up there. Great bar. Good luck, good luck.

— If I don’t eat something I’m going to keel over.

— The best chippy in Thanet is round the corner.

— Hurry up, I’ve ordered a cab to the ground.

— How much do I owe you for the taxi?

And we’re through the turnstile and into ‘Moneybags Margate’. They may have a new owner and big plans, but it still smells reassuringly of tea, turf and trans fats.

In nets for Margate, Nikki Bull, who has rejoined his old manager, Terry Brown. Together they did much to aid Aldershot’s ascent to the Football League. From kick-off the Hamlet fans’ singing starts, punctuated only by the odd call out to Nikki, who is rumoured to be on good money.

— Nikki, are your shirts spun in silver and gold?

— Have you got servants, Nikki? Or at least a cleaner?

A positive Hamlet opening is topped off with a shimmy from Ashley Carew, a whipped cross and a thump into the net by Nyren Clunis. 1-0 to the Hamlet!

— He’s blue and pink, he’s pink and blue, you ain’t seen nothing like the Ash Carew!

A brilliant double save by Hamlet goalkeeper, Phil Wilson.

— I sometimes forget to say ‘keeper’ in that song and say ‘girlfriend’ instead.

— He’s such a nice bloke he probably would be your girlfriend if you asked him nicely.

Margate level on the half-hour, but the mood remains buoyant in the club-house queue at half-time.

— Did you see that article which said we’re ironic?

— What fucker said that?

— I know. When I call the opposition captain a cunt, it’s not ironic. It’s because I truly believe him to be one, based on all the available evidence.

— When we sing, ‘Hang the lino, hang the lino’, I would actually be the first one to prepare the gallows, if it were permissible under Ryman League rules.

— And a bottle of house white. Have you got a straw?

Margate fans are hanging outside the toilets.

— Sorry, these toilets are for home fans only.

— Good luck in the play-offs.

— Ha! Very good. Good luck to you in the play-offs!

The second half is starting. We take our drinks down to the other end, behind the goal.

— Nikki, do you get carried around in a sedan chair, Nikki?

Then it happens. A free kick from 30 yards, Ethan Pinnock rises like Ged the Giraffe and the ball is beyond Nikki and into the net. Pandemonium erupts, beer is spilled, dancing ensues and songs are mightily sung.

As the light fades, Margate try to get back into the game but the Dulwich back line holds firm and the referee is given every encouragement to protect our midfield.

— He’s not a piece of DIY equipment, referee, he’s a very gifted midfielder!

At full time, pink and blue streamers fly across the night sky, confetti fills the air. Jubilation in the club-house, where we warm up and congratulate the players.

— This day is straight into the top ten days of my life.

Ales of the Unexpected

Another micropub, of course, this one in a former fishmongers on the way back into town: Ales of the Unexpected. Owner, Carl, provides another warm welcome and plenty of Attwells’ Hoodeners, brewed just down the road in St Nicholas at Wade. A sign reads: Soup of the Day is Real Ale.

The locals are friendly and curious.

— Why are you wearing the colours of Westminster school?

— Is that by Shakespeare?

Somehow, we manage a fourth micropub, Westgate’s Bake and Alehouse, before catching the 9pm train back to town. On board, a new song strikes up:

— Blimey, are we? Maybe I do have a chance with Phil.

— Let’s get high on this Marks and Sparks lager.

— Must be the best awayday ever.

— Please God, Margate and Dulwich Hamlet are forever in the same division.

The ballers, the drinkers, the misfits, the screamers. The students, the grey-beards, the shy and the dreamers. We went down to Margate for the beautiful game and came back to London not quite the same.

Video montage of the day by Ged Giraffe 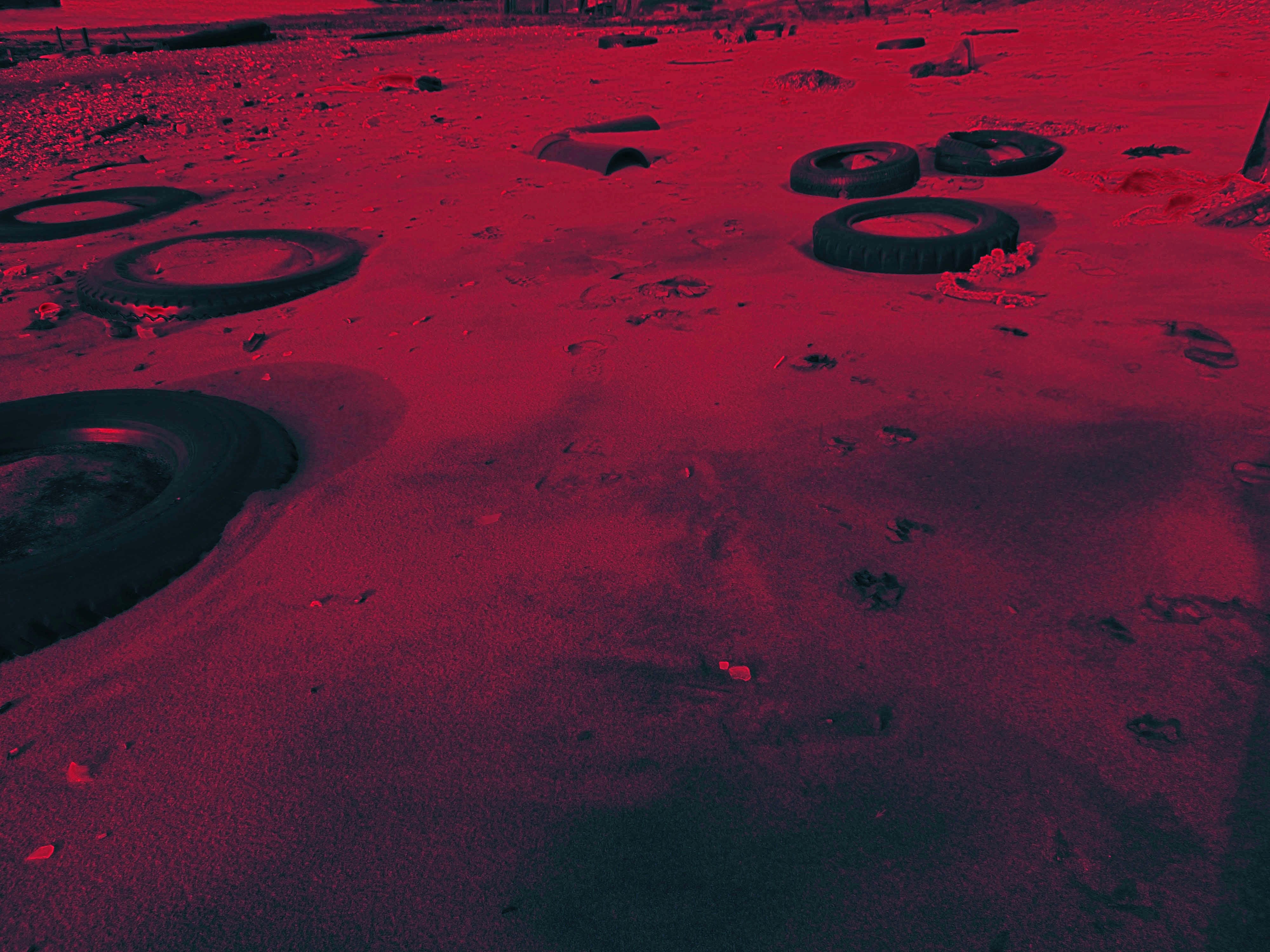 The X-Files of Bexleyheath 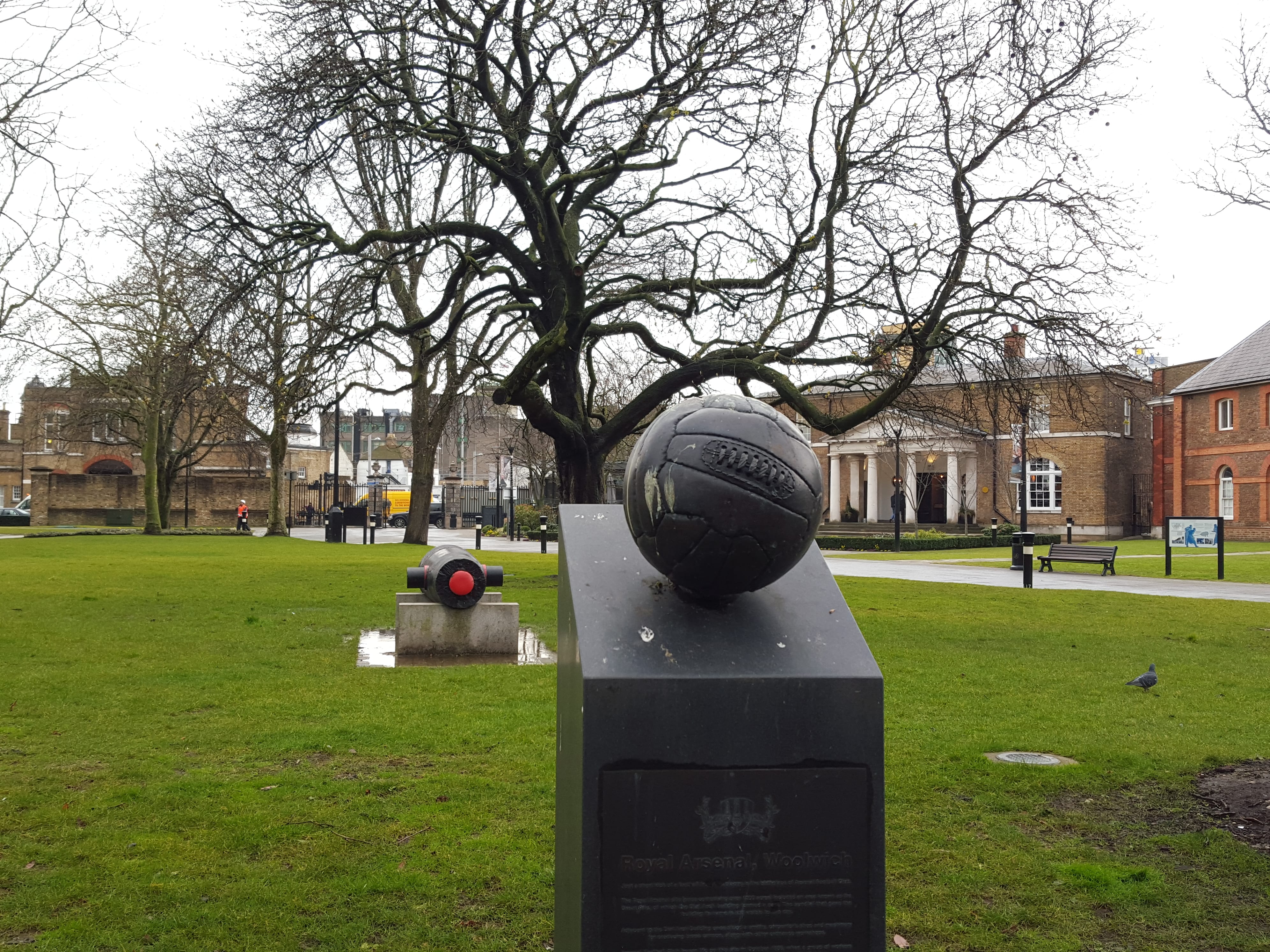 "RT @DulwichRaider: Podcast recording day. A quick pint and a chat with David in Brixton. https://t.co/9g3NXE2Ql3"
2 hours ago
"@the_max_doom @peter_watts @Trivium21c @DirtySouth15 Here’s Brian and Vic from the band on the original stage, from… https://t.co/9mqsWpxaeW"
3 hours ago
"RT @alexgriem: Spotlights Theme Bar - spotted this sign in the Lewisham centre. What is it? When was it open last?? @deserterblog? https://…"
3 hours ago
"RT @IanCobain: Rail-side message for a Monday morning, Peckham, south London https://t.co/fDj3DIHuMo"
7 hours ago
"RT @jscott110: Lovely visit to The Bricklayers Arms Putney. Cosy traditional pub with a fireplace! Founded in the 1800s this is the only pu…"
10 hours ago