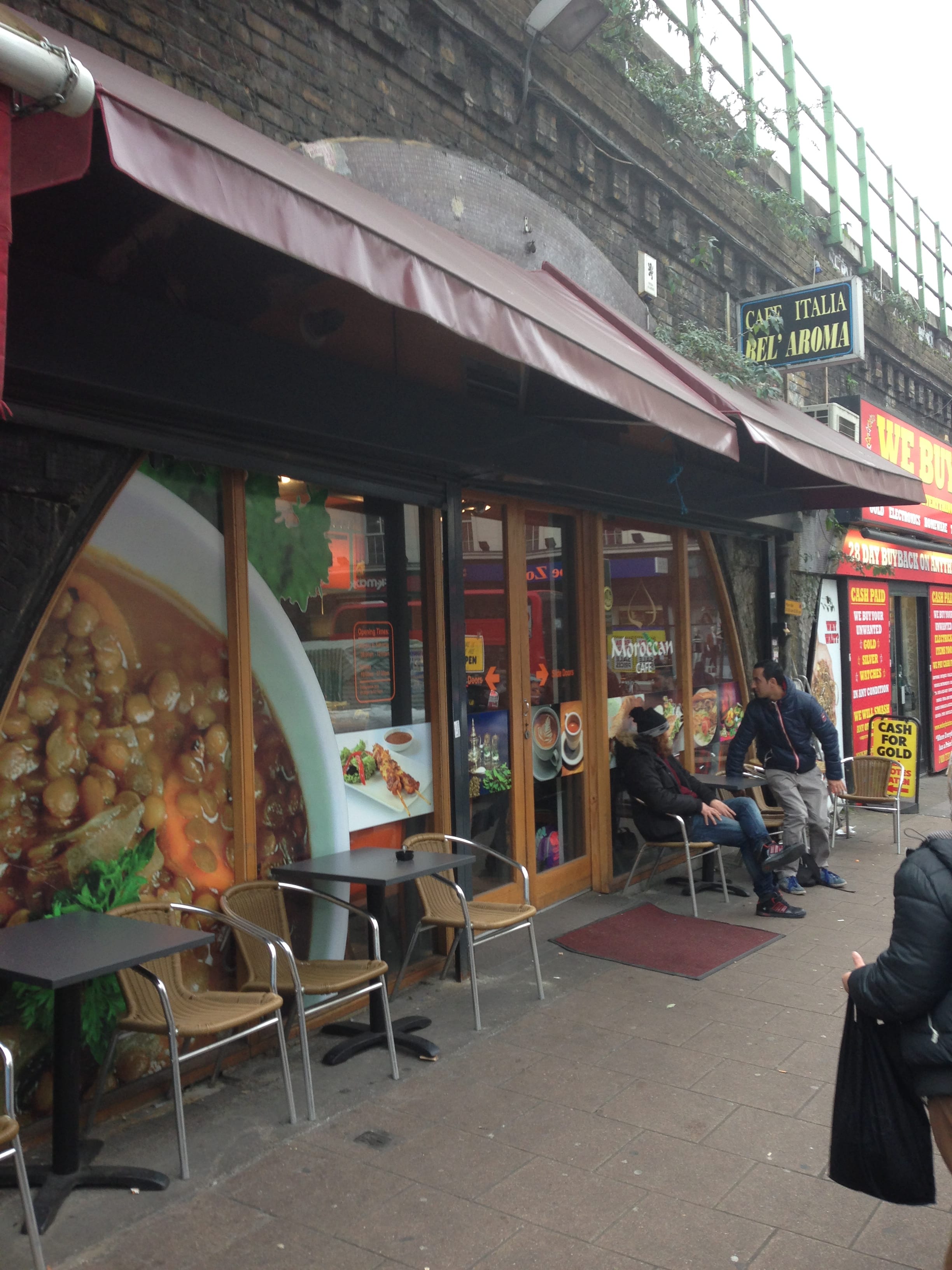 Don’t you hate it when your day off is interrupted by news that a central government organisation is socially cleansing small independent businesses from your locale?

Instead of heading home to watch Minder on ITV4 with a box of doughnuts you find yourself talking to worried, pissed off shop-owners with a rising sense of anger and injustice.

This was the news this week that Network Rail, a ‘not for dividend’ public sector limited company, is to serve eviction notices to businesses in every railway arch in the triangle of Brixton Station Road, Pope’s Road and Atlantic Road, Brixton, plus a further strip at the other end of Railton Road, in Herne Hill.

Businesses will be given six months to vacate and have been told that the arches will then be repaired and refurbished over a period of 10-24 months.

‘So what?’ you might say, at first glance: Government policy is to re-generate high streets and National Rail is a government body. It’s just co-ordinated progress. And many of the businesses affected would agree with you – these owners are after all entrepreneurs who understand the principles of investment and return. Indeed, many of the leaseholders have been badgering Network Rail for years in order to fix leaks and other structural problems.

But, as ever, it’s in the detail where things get murky. Not only will the businesses affected have to contend with the costs of being out of business (or relocating) for up to two years, there is no guarantee that they will be allowed to return once work is completed and, if they are, it will be at vastly inflated rents.

What evidence is there for this? Well, in Herne Hill, Network Rail have already refurbished arches on Milkwood Road. Two of the Herne Hill businesses affected by the proposed eviction notices, Walters the butchers and Dickson’s the off-licence, currently pay £9k and £15k per annum for their leases, respectively. The newly re-furbished arches on Milkwood Road, however, go for between £30k and £40k, between two and four times as much.

‘We won’t be able to afford such increases,’ says Aman of C@fe Brixton on Brixton Station Road, ‘And they know that. They are pushing us out.’

And if local, independent businesses cannot afford such increases then the question is, who can? The answer, of course, is corporate chains with deep pockets, ready credit lines and grand economies of scale: NeroCostaBucks and other generic high street retailers; maybe a betting shop or a Giraffe if we’re lucky.

‘I look up the street and I see a Moroccan place, Eritrean, Portuguese, Jamaican, Brazilian… The diversity will be lost,’ says Aman. ‘The thing that makes the place special.’

‘It’s all about the money,’ says Soliman of the Moroccan Cafe (main picture). ‘Money, money, money. Not the community, not the businesses.’

When I wrote about the Dulwich Estate destroying our local pubs it was with impotent rage as they are a land and property-owning charity answerable to no-one but themselves. But Network Rail is a government-run public body (its CEO, Mark Carne, was appointed by the Secretary of State and is accountable to Parliament) and so at some level they can be invited out into the open to explain their actions.

A petition calling for a proper consultation has, in a matter of days, received more than 15,000 signatures and some traders are already reporting a more conciliatory approach being taken by Network Rail. But going in hard and then giving way a little is a classic negotiation tactic to end up with what you wanted in the first place.

We urge readers to sign the petition in order to keep the pressure on Network Rail and Lambeth Council, who have it within their powers to intervene at the planning stage.

After all, it’s worth remembering that Brixton Brewery is also on Brixton Station Road, a little further along. It’s one thing for cafes and retail shops to be uprooted, but if they come for the brewery, it’s war.

A Brush with New Cross

"RT @katbrown: Here is a lovely pony enjoying the rain in south London ☔️ https://t.co/LUOxHhM3wS"
4 hours ago
"RT @KDanielAguirre: Important fact buried in this otherwise dull article: “In 2016, Galloway tested the hydrating potential of a range of d…"
6 hours ago
"RT @theoldnunshead: Due to everyone being utterly bored of it we're not doing a Brexit event on FridayBut if you're in the pub at about 6…"
8 hours ago
"RT @DHFCbar: Making a shortlist for a dark beer to put on tap, and a low ABV for the fridges (2% to 3%)...Any suggestions from supporters…"
12 hours ago
"Top Monday behaviour.#MondayMotivaton #TrainBeers https://t.co/dnmmZ1FcTi"
12 hours ago