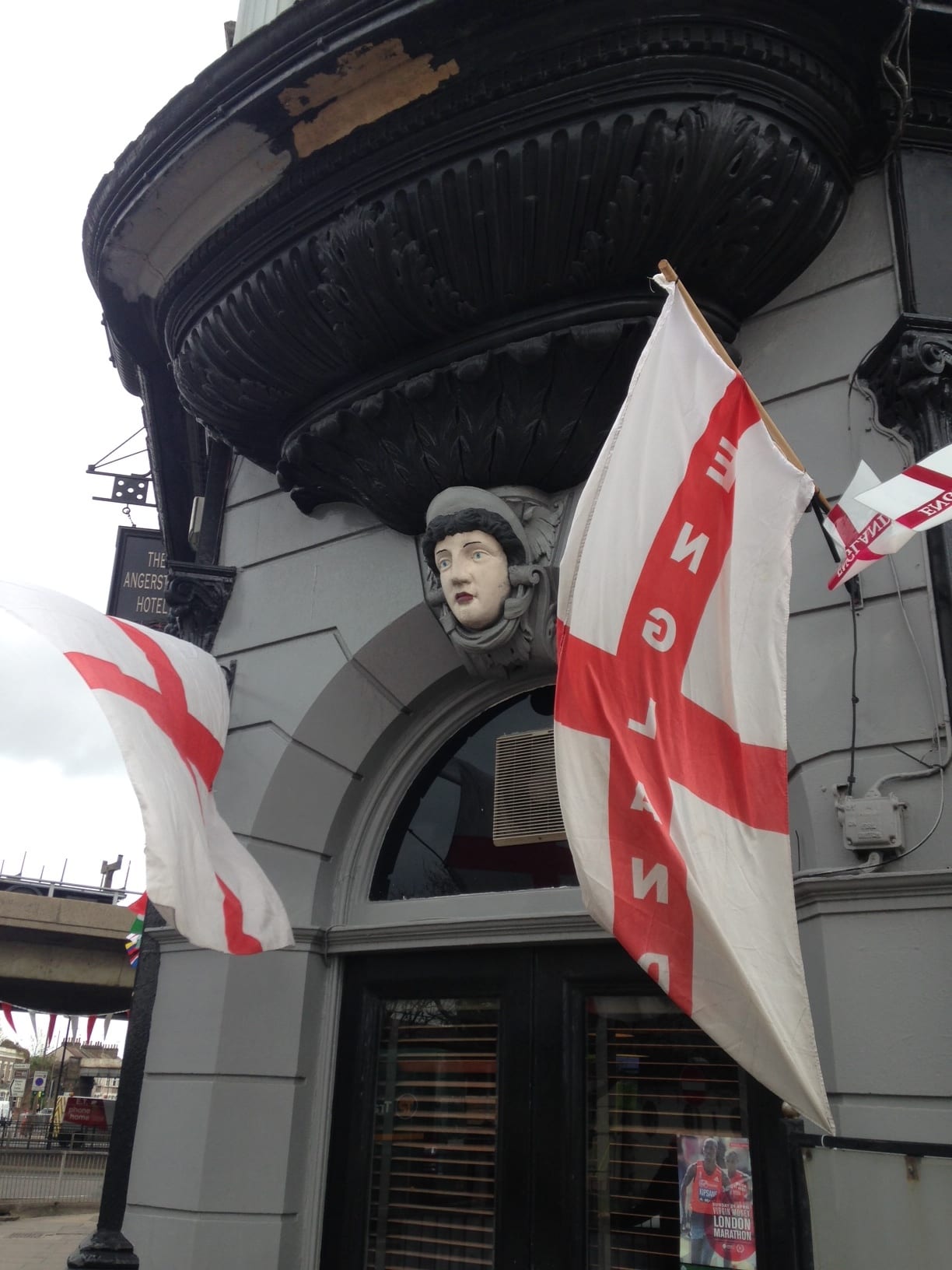 It’s St George’s Day! A truly special day, but only if you’re English. Or Bosnian. Or Herzegovinian. Or Bulgarian, Canadian, Croatian, Cypriot, Georgian, Greek, Macedonian, Romanian, or Serbian*. Or you’re from any of the other provinces or cities of which he’s patron saint. But for no one else, so forget it Wales and Iceland!

There are many ways to celebrate St. George’s Day. People used to wear a single red rose on their lapel. Nice. Understated. But involves neither a day off nor a pint. In Catalonia, it is traditional to give a loved one a rose and a book, though this might be considered a cry for help if you try it with your mates at the Dog & Shovel. In England, many of us like to go to the biggest shit pub with flags, drink Continental lager and complain about the popularity of St Patrick’s Day.

There is nothing to stop you asking your employer for St George’s Day off on religious grounds, though best to mention you are deeply religious at the interview stage. Should they ask which faith, simply reply: ‘All of them.’

Your employer is not obliged to give you holy days off, but they certainly won’t if you don’t ask. Drop ‘church on Sunday’ into conversation in the run-up, as well as how much you’re looking forward to delivering Yorkshire pudding and plum duff to housebound worshippers on ‘our special day.’

Should you encounter any resistance, loudly fake a call to your lawyer to determine whether the company is guilty of direct or indirect discrimination according to subsection B12 of the 2003 Employment Equality Regulations on religion and belief. Crucially, your belief is that you should have a day off.

In 15th century England work was forbidden on St George’s Day (hurrah!) but church attendance was compulsory (boo!). By the end of the 18th century no one could be bothered anymore. There’s been a move towards commemorating it again recently, mostly by celebrating Englishness with morris dancing and Punch & Judy shows. I’m all for shit folk dancing as long as I don’t have to a) see it, b) hear it, c) do it, or d) be all for it.

And what could be more English than a puppet show celebrating child abuse, domestic violence and fighting with the law? It’s like EastEnders but with better acting.

Our historical legacies have the benefit of being utterly bonkers – so odd that no other country could possibly have embraced them. They’re survivors, if nothing else.

Perhaps the reason why the day has fallen into disrepair is because of the spurious reasons it first came to be celebrated. George was Palestinian and may never have even heard of England. Obviously he didn’t kill a dragon. Maybe he put a dog on fire out of its misery. He is said to have become our patron saint by appearing to Crusaders in a vision, though how much they had to drink has been lost in the historical fog. He did, however, show incredible courage, or vast stupidity, depending on your point of view, dying for one religion over another.

Given that he is revered in so many countries and by more than one faith, he is perhaps the most cosmopolitan of saints, a gadabout holy dude. Perhaps a better way of honouring him than drinking your bodyweight in Foster’s would be to eat some Middle Eastern food, one of the few experiences of his life you could share, unless, like our friend Half-life, you happen to own a tunic. And the cultural variety of South London says more about England’s awesomeness than any number of inflatable dragons.

Sadly the Lebanese Pale Ale (brewed with thyme, sumac, chamomile, sage, anise and mint) is no longer available here. Shame. It gets good reviews and sounded like a perfect Anglo-Arab treat. But there’s some good Lebanese wine on the list and many inventive cocktails. Just be careful how you order the gin and campari number they call The Kont.

Dalila is definite date night material as the feel is quite formal and therefore not somewhere I’d go unless I needed to seduce someone in HR. Jay Rayner ruddy loves it, which is good enough for me. He also has high regard for their Lebanese wine list and unlike me, doesn’t mind paying £40+ a bottle. Dalila is also recommended by AA Gill, but don’t let that put you off.

Meza have two locations in Tooting and seem to be a neighbourhood institution. While a little less sophisticated than Arabica, its Trinity Road restaurant is small, cosy and friendly, especially if you get Big Friendly Guy serving you. He’s much better than Laconic Surly Guy.

Serving all the Lebanese standards of grills and mezes, they also have a Lebanese beer, Almaza, which is a lager, so only welcome in the summer heat, should there be any.

There is also Layali Lounge in Clapham, with a terrace for shisha smoking and on Saturday nights, belly dancing. Belly dance lessons are very popular, partly due to claims it helps build self-esteem, though personally I feel awful afterwards, as do the audience.

We would of course support any campaign to get time off for St George’s Day. Or indeed any day. Who says religion no longer has any relevance?

Another Middle Eastern nosh option is Bayroot, the Lebanese street food restaurant in Walworth. Unpretentious and affordable, it’s BYOB, so perfect for the value-chasing patriot.

*In fact, Eastern Orthodox churches celebrate St George’s Day on May 6th, which, if you play your cards right, could mean another day off.

Escape to the Pub