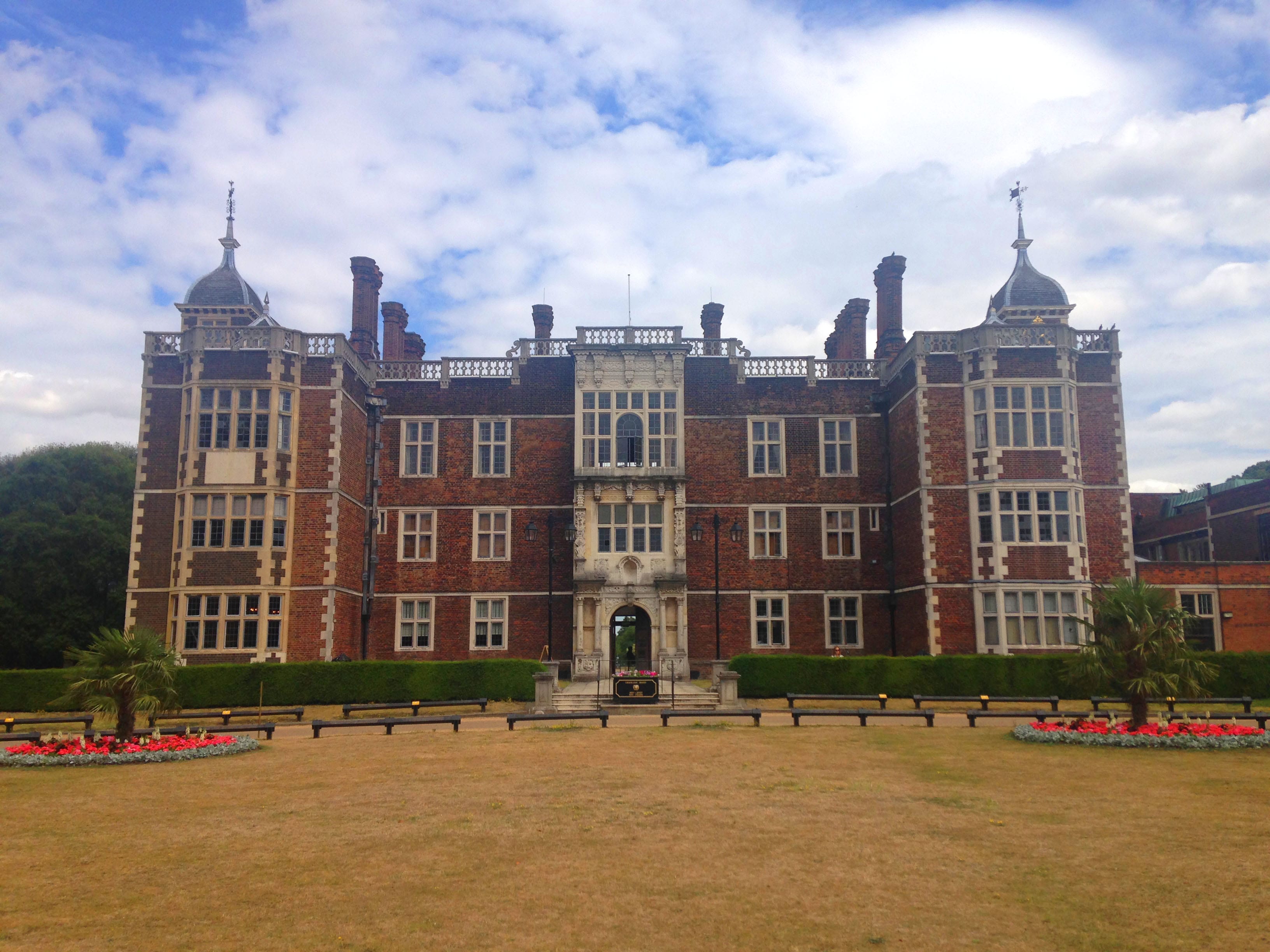 ‘Is it a village, though?’ asked Half-life, accusingly, when I suggested meeting in Charlton Village. ‘I mean, does it have a butcher, a baker and a sex toy maker?’

‘I’m not sure that’s how the nursery rhyme goes,’ I replied.

But we weren’t in the country. We were in the forgotten district of Charlton, between Greenwich and Woolwich – the quiet middle child between noisy siblings. Or at least I was, while Half-life slept off the aftermath of the cocktail-making masterclass he had given the previous night to a bouquet of Scandinavian undergraduates.

I knew better than to call him before 12 (he threatened to stab me in the eye, with my other eye, if I ever did it again), so I sat alone in the Mulberry Tea Rooms, at Charlton House, London’s finest Jacobean mansion, grateful he wasn’t there to cause a ruckus in the adjoining Amnesty International Peace Garden.

He would’ve been at home here, backing on to Charlton Park, in days of yore. It’s where the annual Horn Fayre took place until it was banned in 1872 for excessive bawdiness, drunkenness and indecency, all of which he studied at ‘A’ Level. Nowadays local nimbys oppose a proposed skate park for Charlton Park in the proud tradition of protesting anything that younger people might enjoy – an irrational fear of youth. For that reason alone, I support all skate park petitions.

Nearby stands St Luke’s Church. In its crypt lies the remains of Spencer Perceval, the only British Prime Minister to have been assassinated. A disgruntled businessman, John Bellingham, dissatisfied with the Government’s support in a dispute he was having with Russia, wandered into the Houses of Parliament and shot the PM. Today, we have e-petitions.

Half-life eventually made it up the hill from the station once it was safely past opening time, complaining of the lack of tram, cable car or stair lift up Charlton Church Lane.

Both Charlton Village’s pubs have been under threat, endangering any further semblance of village life. The White Swan has been taken over by new owners whose intentions are not entirely clear. The intentions of the punters are the same they’ve always been – to get in the Swan as early and as often as possible for limp banter and lager until the money runs out.

‘Maybe it is a village,’ observed Half-life, in the shade of the Swan’s rather nice beer garden.

They’re not a bad bunch in a the Swan, though a refusal to turn the jukebox down during a meeting about saving their pub shows an admirable commitment to apathy.

The Bugle Horn though, is a different matter. The old, less than welcoming, crowd have been purged as the new guys try to attract new customers who won’t frighten off people with spectacles. It has been taken over by the landlord of The Honor Oak in Forest Hill and they’re determined to revive not only the pub, but the village. They hope to host a farmer’s market on Sundays in their car park as well as repair the neglected old boozer. The ale was in good shape when we visited and Steve, who runs it, is keen to get in local star brewer Hop Stuff, to improve their offering beyond the usual pubco limits.

While the village can’t offer a candlestick maker, it does have a reptile shop with exotic snakes, lizards and tropical fish. They don’t mind you coming in for a look either, which is quite soothing after a smoke, peering through the darkness at creepy creatures far from their natural habitat. But that’s enough about Half-life.

‘I used to have a snake,’ he said, as I rolled my eyes and waited for a trouser-related punch line. ‘An anaconda. The neighbours were terrified.’

‘Risible paranoia,’ I scoffed. ‘What did you call it?’

All businesses in Charlton are affected by the fortunes of the football club, especially the scattering of scruffy shops around the station. One establishment that deserves a mention is Cattleya at Chu & Cho, offering an unlikely combination of Spanish and Thai tapas, providing Charlton’s most interesting and second most interesting cuisine, under one roof.

Charlton Athletic have bobbed between the second and third flight for most of their history, apart from periods when they’ve been led by exceptional managers. The first of these was Jimmy Seed, who took them from the Third Division (South) to become the second best team in the country in the space of three dizzying years (1935-37). They remained a top four side for the next two years, when Hitler, spotting their inexorable rise, invaded Poland and began a global conflict that saw 60 million people die and South London football denied its first national champions.

Even Adolf couldn’t stop them winning the FA Cup in 1947 however, and, having made their point, the Addicks went on to avoid winning any other major trophy in the decades that followed.

The nearest pub to The Valley is the club’s former changing room, the Royal Oak, though home fans also pack out the Charlton Liberal Club and Rose of Denmark nearby. The Oak used to be a cracking little backstreeter, but seems a tired old place these days. Still, it gets swamped on matchdays and though they struggle to cope with the demand – even after nearly 100 years of trying – the back garden is a fine pre-match preparation.

The Antigallican is the rather characterless away fans’ pub and budget hotel but has the distinction of being the last Antigallican in London. Its name means ‘anti-French’ and was a popular pub name in the 18th Century, before we all got into croissants and holidays with sunshine.

Although Charlton has always felt a poor relation to Greenwich, it’s well off for parks, including the under-used but delightful Maryon Wilson Animal Park, where Half-life was entranced by a very fat pig. After a toke on the special stuff, he attempted some kind of telepathic mind swap with the hog, which he claimed didn’t work, though the evidence was inconclusive.

Across the frankly hideous Woolwich Road, site of many groaning big store developments, and east of the proposed and locally opposed IKEA, is an industrial landscape that leads down to the riverside. The area is expected to be transformed over the next 15-20 years. The Charlton Riverside Masterplan sees thousands of new homes, better transport, a rebuilt pier and ‘a creative industries hub’ (offices, yeah?) around the Thames Barrier. It’s a rare welcome regeneration, though there is always the fear it will lose its otherworldliness and end up like the nearby Millennium Village – over-designed and lacking in soul, pubs, shops and stuff.

I like the tourist-free riverside walks, especially if you head west up the peninsula into the industrial weirdness of Mars-on-sea. The other way, you’ll find the Thames Barrier, the big shiny thing that keeps tidal surges from pissing through the city, plus indoor karting and, to Half-life’s incredulity, a climbing wall.

The Reach is an indoor climbing facility with all manner of vertical challenges to prepare those who may one day be forced to leave the city and ascend hills to fetch beer, due to a lack of cabs.

‘What do you do when you get to the top?’ he asked. ‘Is there like a giant pint, or a Batpole into a nunnery?’

‘You climb down again.’

Half-life shook his head in bewilderment, before concluding, ‘I think we’ve peaked as a species. Evolution’s over. We’re inventing fucking toys that would bore hamsters.’

The alternate reason to go to the Thames at Charlton is the Anchor & Hope, the care-worn but likeable riverside boozer where Half-life and I finished our Charlton day out, feeling like kings of the river as a boat pulled over to shout an update on Terry’s appendix to some fellow customers, before turning back to the water.

‘And that’s the river news,’ I said. ‘Anyway, what happened to Houdini in the end? Did he escape?’

‘Nah. I had to give him up after old Albert’s cat went missing,’ he moaned, regretfully.

‘How do you dispose of an unwanted giant predator?’

‘I gave him to Hester the Molester, when I dumped her. Thought it might cheer her up.’

‘Dunno. I never heard from her again,’ he shrugged.

I suddenly had a terrifying image of a constricted ex-girlfriend.

‘Tell me about it. She was a big lass,’ he said, pondering, I supposed, a fond memory of past tenderness. ‘But she made a smashing breakfast.’

The White Swan, as we reported in Publove, has been turned around into a quite wonderful local boozer by Pelton Geoff and his team. The beer is good, the food is fine, it looks nice and it’s got a good vibe to go along with its live music and comedy and stuff. It’s now the ‘go to’ pre-match pub and locals finally have somewhere to go in their own part of town.

Sadly, the guys who briefly had the Bugle have left but it still functions as an OK sports pub, and has its devotees.

The real surprise is the first Charlton & Woolwich Free Film Festival that kicks off tomorrow (Sept 9th), including screenings at Charlton House and the Swan. Hats off to whoever got that going.

And fingers crossed for the skate park proposal that will finally be voted on next week. 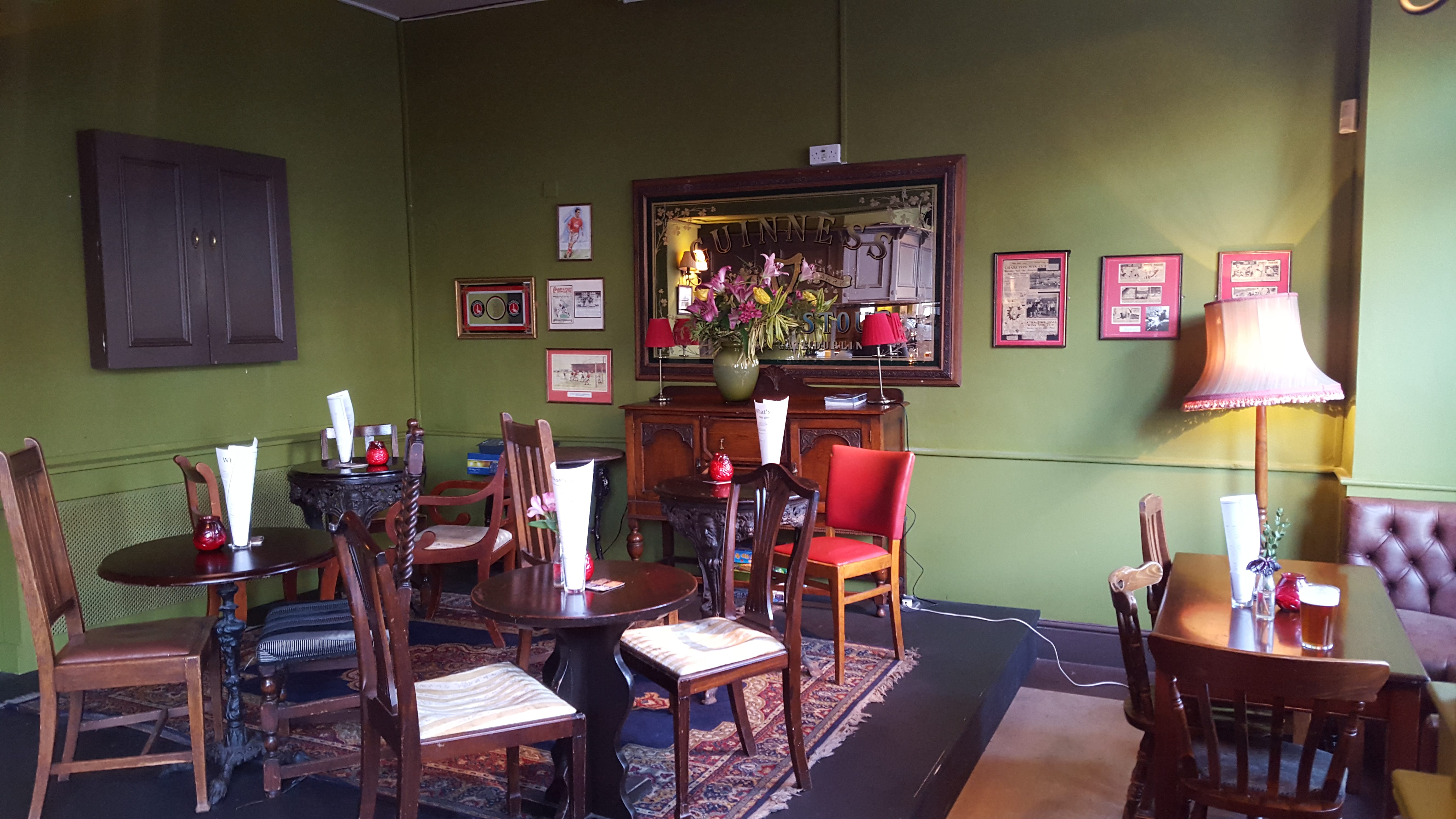 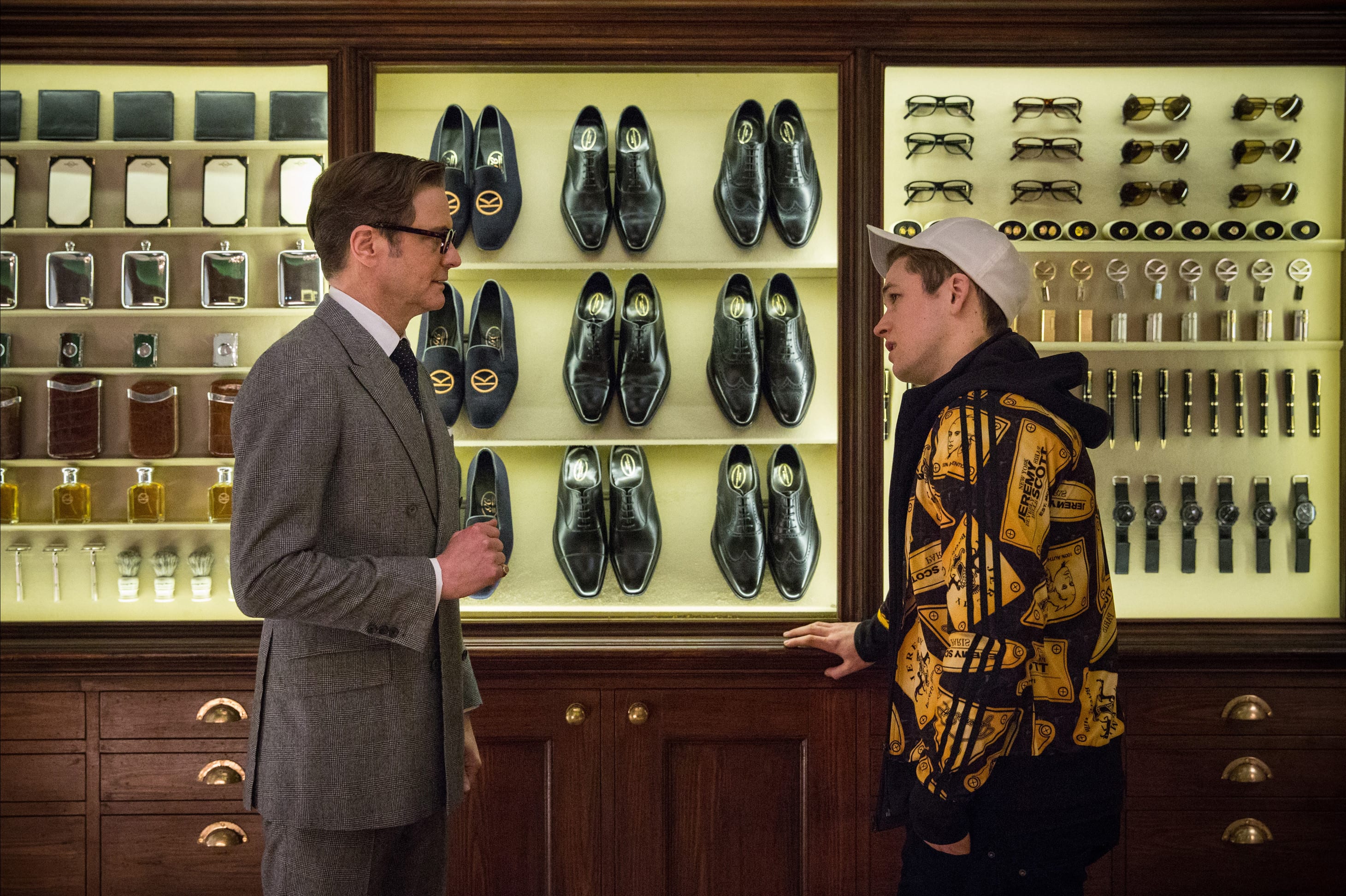 Let There Be Beer

"There’s only one you.Which, let’s face it, is good thing."
21 hours ago
"RT @ldnloocodes: Hello. We'll be tweeting the codes for loos in various cafés around London as we get them. @ us with codes so we can retwe…"
yesterday
"@mralistairgreen cc @rvamarsh @PaulPawhitehead @oohrogerpalmer @chrispressley"
yesterday
"RT @typejunky: Lads, I’ve found an escape route. Who’s with me. https://t.co/ZLnGkXRR5f"
yesterday
"It's Friday. Bring out your baskets. https://t.co/i2m2Ta9vYm"
yesterday