The latest pub under threat from property developers is not a struggling run-down boozer propping up a handful of alcoholics on their unremarkable journeys to the grave. It is a thriving, well-run business, a popular music venue and hub of the community. So fuck it, yeah?

Southwark Council have received a planning application to demolish The Gladstone Arms in Lant Street, Borough, and replace it with a ten-story building comprising nine flats and some sort of bar. They have also received hundreds of objections, some on legal-ish grounds, most on emotional ones. The proposal even prompted The Spectator to report what London is losing – an excellent article reflecting what we all know: property developers are ruining London and will continue to as long as there’s profit in it. Innit.

The problem with the kind of people that are happy to pull down a boozer is, they’re not pub lovers. They therefore have some genetic deficiency of the soul. It may not be their fault, but why do they have to inflict their shortcomings on the rest of us?

When Daniel Orcese took over the lease of The Gladstone Arms in 2006, it was a struggling back street boozer, just off Borough High Street, in the shadow of a council estate. He brought in live music – and not just any live music – very particular acts, with something different to offer. He brought in pies from Pieminister; he made sure the ale was right. It became an intimate, kooky little pub that attracted creative types without putting off local oldies, who still pop in for their regular tipple.

Hundreds of fantastic bands have played there, despite its size and shape not being terribly well-suited to the purpose: committed, off-the-beaten-path acts, whose love of music shines through. The Glad became something politicians should be frothing about – a community-driven success story that benefits young and old and contributes to the social cohesion of a sketchy part of Inner London. Now Dan’s work and that of his colleagues is in danger of being undone because London’s insane property market makes that little plot of land worth millions. The market is gobbling up London, making it worth more financially, but less culturally (which will eventually make it worth less financially). It’s a classic manifestation of Oscar Wilde’s lament: ‘People know the price of everything and the value of nothing.’

The Glad was acquired by Sartorio Limited in 2014, a company registered in the tax haven of the Isle of Man, being lent money by a company based in the tax haven of Luxembourg. They paid £1.45 million for it. They didn’t do that to own a pub, especially one so far from the directors’ Manx address. All three of them are registered at the same place, so they must be very good friends. They’re probably in need of a few squid so they can get their own places, the poor lambs. They all previously worked at a Chancery Lane equities firm too, so they may share lots of hobbies and interests, particularly when it comes to an enthusiasm for UK taxes.

So if the proposal goes ahead – and it’s hard to imagine it won’t – The Glad will come down to bury the stories, laughter and tears of over 150 years. And millions of pounds will be made by these offshore fucknuggets who don’t give a flying fart about our city, unless they’re milking it.

But we need housing

Yes, we do. We are desperate for affordable housing, which this development will do nothing to address. We’re not short of luxury flats. We need affordable housing so young people can live in London and keep it interesting. We need housing for key workers; nurses, teachers, and especially, bar staff.

As the South East London branch of CAMRA noted in their objection to the proposal: ‘The size of the proposed residential development has clearly been deliberately kept just below the level at which an affordable housing element would be needed.’

But it’s not just property developers who are complicit in London’s housing crisis. Government policy has led to one housing association announcing it will no longer build social housing. There was barely a whimper from the media as social housing accelerated its descent into extinction, like a pint of Double Diamond.

But it makes economic sense

So would converting the Palace of Westminster into luxury apartments and putting our MPs and Lords into a warehouse in Abbey Wood.

The development of The Glad will make a lot of money for people who are already well off and that money will head immediately offshore, like urgent sewage.

Not really. There’s a sop to the community in keeping half the ground floor for some sort of bar/restaurant. It’ll be too small for a pub, let alone a music venue. It’ll probably be a coffee shop. Thanks so much. It certainly won’t be a characterful boozer and outlet for the musical talent that passes through our capital. It won’t be The Glad, of that we can be certain.

Many of the objections focus on the loss to the locale of one of the reasons Borough is such an amazing place to live. The development will be to the detriment of hundreds, if not thousands of people. It will benefit at least three anonymous investors (Sod it: Take a bow Edward Bowers, John Murphy and Janice Watterson) and the nine new owners. That makes a total of 12 versus hundreds, or thousands. But those 12 have dollar. And money talks while people mumble.

When it was suggested Churchill cut arts funding in order to pay for the war, he is supposed to have responded: ‘Then what are we fighting for?’ It turns out he didn’t, but the sentiment feels more relevant than ever, as was pointed out to me by a Glad regular, who was dressed as a sheriff and fearing for the chances of snowballs in the eternal inferno.

This freedom we have, this London we have, what is it for, if it’s not for having a good time in, all of the time? The Glad survived two wars to be brought down by opportunism and a property market that has taken too much acid.

I remember once saying in response to the permanent cranes that interrupt the capital’s horizon, ‘London will be lovely when it’s finished.’ I was wrong. At this rate, tt will be fucking awful.

First the Gladstone Arms was saved thanks to the Save The Glad campaign and the wisdom of Southwark Council. Then it was doomed again by investors’ rent demands, only to be saved again by three heroes, possibly on horseback.

After a brief period of closure and refurbishment, The Glad re-opened. The music is less kooky, as many of the acts have moved on to the Spit and Sawdust, but the food, booze and vibes are just fine. Chapeau! 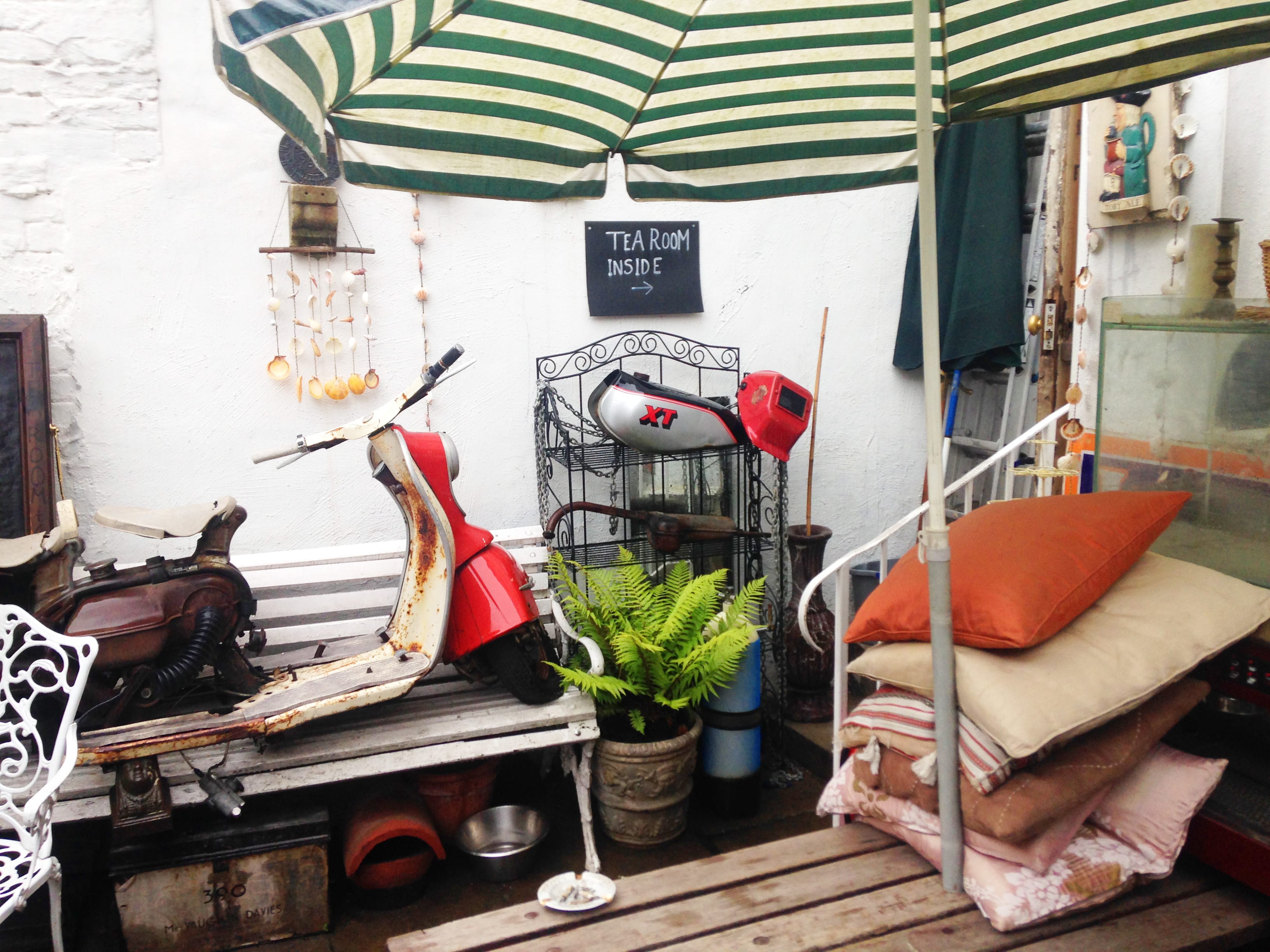 "There’s only one you.Which, let’s face it, is good thing."
3 hours ago
"RT @ldnloocodes: Hello. We'll be tweeting the codes for loos in various cafés around London as we get them. @ us with codes so we can retwe…"
6 hours ago
"@mralistairgreen cc @rvamarsh @PaulPawhitehead @oohrogerpalmer @chrispressley"
11 hours ago
"RT @typejunky: Lads, I’ve found an escape route. Who’s with me. https://t.co/ZLnGkXRR5f"
13 hours ago
"It's Friday. Bring out your baskets. https://t.co/i2m2Ta9vYm"
14 hours ago