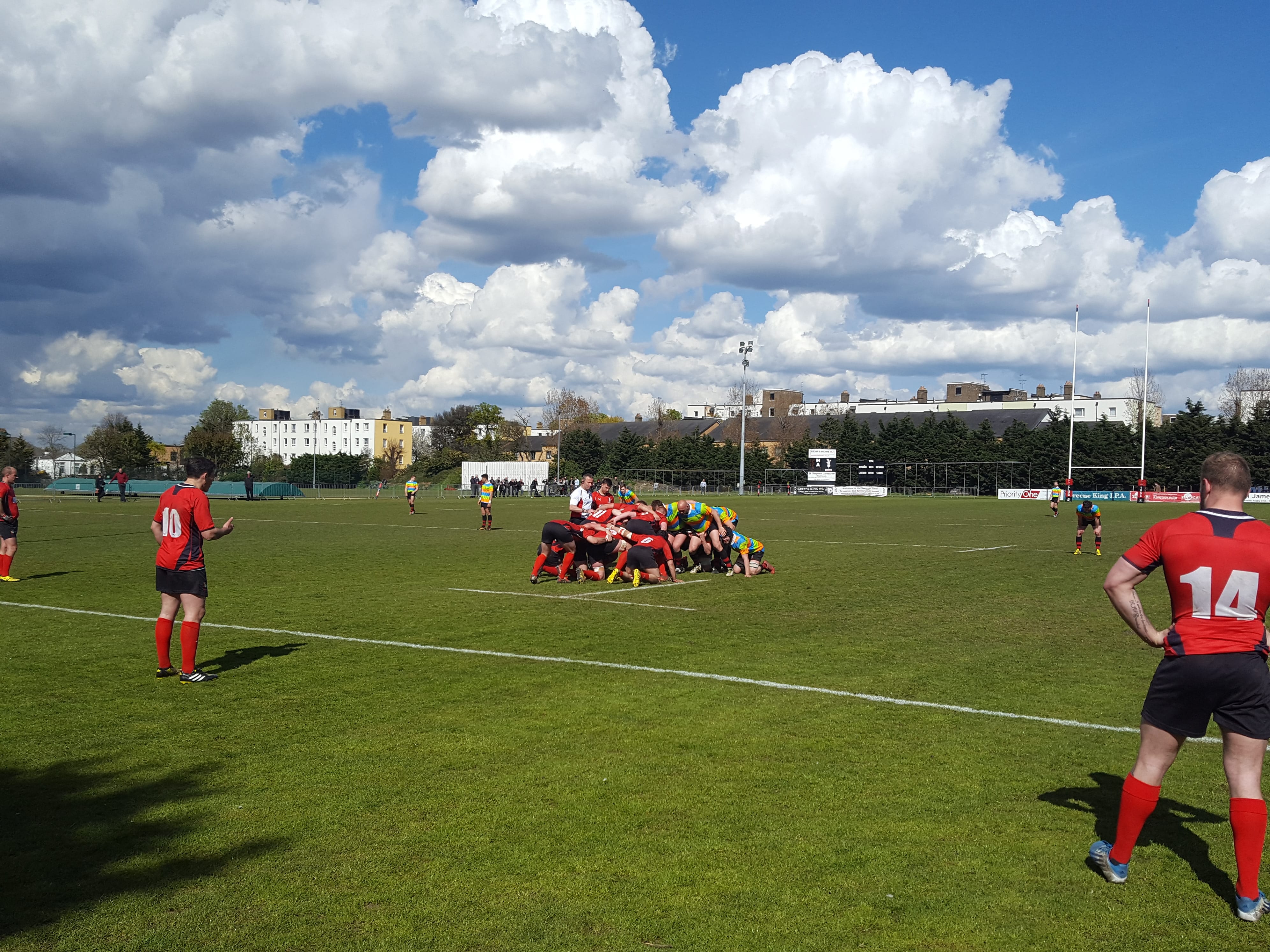 The Final Scrum Down

Half-life flat out refused to attend.

‘It’s the end of an era,’ I pressed. ‘The last game of first class rugby at Rectory Field, after 133 years as the home of the oldest rugby club in the freaking world.’

‘It’s a game for fat lads who are shit at football,’ he spat and hung up.

Roxy, however, showed no such reluctance.

‘Fuck, yeah, I’m coming,’ she said. I didn’t even know she liked rugby. ‘I like big men with massive thighs, that’s what I like.’

‘We’re not just pieces of meat, you know. We have feelings.’

Known simply to supporters as ‘Club’, Blackheath FC (Est. 1858) has been playing rugby at Rectory Field since 1883. The ground hosted England international matches against Scotland, Wales, Ireland, New Zealand Maori and Australia, before Twickenham came along and fucked it up for South East London. But as the rugby club shares the ground with the Blackheath Cricket Club (2015 National Champions!), as well as the tennis and squash clubs, they have to share their revenue too. Moving the First XV to their Eltham Well Hall ground means they can retain the funds they generate and give themselves a chance of sniffing former glories.

We met a few minutes walk from the ground, at the British Oak pub. The Oak has plenty going for it; nice staff, good beer (Purity Mad Goose) and Pieminister pies in two wood-panelled bars. We sat in the garden, surprised to find the pub keeping chickens there. Slightly alarmingly for the time of year, they were moulting, like they wanted to be naked to protest Blackheath’s ground-switch. ‘Or oven-ready,’ suggested Roxy.

Despite the melancholy occasion, Blackheath supporters stuck to their robust pre-match ritual of pie, mash and pint.

‘Yerse. Still, nothing that a pint or three won’t fix. Cheers.’

It was a stoicism that would rear its unemotional head throughout the day. There was precious little hysteria at the ground’s clubhouse, where three cask ales were administered, without tears, to a crowd of about a thousand. A wondrous innovation is the four-pint pitcher, allowing you a giant jug of foaming ale to take pitchside. No wonder there were no protests.

‘Are you sure this is legit?’ said Roxy, as I led the way to the terrace. ‘I don’t want to get thrown out, not before I’ve seen some crumpet.’

Next to the stand, everyone was jugged up. They all put their pints down though, to clap the team on as they emerged through a guard of honour. Not only was it Club’s last game here, it was the 278th and final game of their outstanding flanker and Barbarian, Dave Allen.

To mark the occasion, Club eschewed their regular strip of black and red hoops for a one-off shirt designed by Allen’s two young daughters. A nice, if slightly gaudy, touch.

The opponents were Blaydon, in a South East v North East clash. Club started the livelier, running the ball at every opportunity and grabbing an early try.

‘Erm. Well the ref has got his arm up. And one team looks slightly gloomier than the other,’ I said. ‘Ooh, look, the scoreboard says five-nil.’

Rugby retains its indifference to strong displays of emotion in contrast to other sports. When a player scores a try, he walks back to his own half, avoiding the eye of anyone who might congratulate him. In football, goalscorers run to the crowd with a gesture that says: ‘I fucking love me, I do.’ While in American Football, a running back who carries the ball for up to five yards is entitled to a ‘pat on the fanny’ from his buddy, a high five from the other 43 members on his team’s roster and a piece to camera proclaiming himself and God as number one.

But the British Empire wasn’t built by pats on the fanny, so when Allen went over for Club’s second try – the 146th of his career – he didn’t allow himself a smile. Perhaps it is simply a matter of not counting chickens before they’re served up with some lovely roast potatoes, in which case, there’s wisdom in it. Blaydon came storming back to make it 12-12 at half-time with two hard-to-determine tries.

‘It’s almost as if there are no rules to this sport whatsoever,’ said Roxy.

‘Of course there are rules. Lots of rules. No forward passes, er… no eye gouging… and the ball must be odd-shaped.’

Slightly put out by Blaydon’s comeback and wishing to miss the rush at the bar, we decided to walk around the entire pitch, only pausing behind the posts at the far end from the clubhouse for a blast on a beast that Roxy had rolled earlier. How civilised it felt, getting high right next to the pitch, minutes from a jug of Old Hoppy Hen.

Having picked up our pitcher, we finished our lap by returning to the terrace, amid hearty shouts of ‘Come on Club!’ Within a minute of the restart, Club winger, Dan Williams, collected his own kick to put Allen in to score again. Club went on to dominate, running in a further four tries. The crowd, several pints to the good by now, began to celebrate, turning the volume up to six and occasionally grinning (or was it gurning?). It ended 45-17 to Club who finished the season third, in the third tier of English rugby.

Blackheath were founder members of the Football Association but walked out early on when fellow members voted not to allow ‘hacking’ – tripping or kicking the shins of opponents. They objected on the grounds that it would take the steel out of the game to the point where even French people could flourish at it. Their departure forced the split between soccer and rugby. Club formed the breakaway Rugby Football Union with 20 other splitters. It was meant to be 21 others but the rep for Wasps went to the wrong venue (a pub) and, by the time he realised, was too pissed to attend, thus cementing rugby’s eternal link to ale. They still banned the practice of hacking though.

One Club innovation that did catch on was passing the ball, which, bizarrely, no one had thought of doing before Blackheath employed the tactic in 1863, to general wonderment.

I can remember hearing Blackheath’s scores on Grandstand as a kid, just before the football results. At that time there were no leagues in rugby union, they just read out the scores they thought significant. The RFU thought a league system would encourage dirty play and a move towards paying players, so refused to countenance competitive club rugby in case it let in the Devil. Rugby’s approach to modernity is reminiscent of the Catholic Church. 100 years after a rule appears to be absurd, it gets abolished, yet their infallibility remains.

So until 1972, all rugby matches were friendlies, apart from County Cup games. Then came the RFU Cup and 15 years later, as no plague of locusts had descended on the egg chasers, leagues were formed. This led to professionalism in 1996. It remains to be seen whether rugby union will eat itself, like some believe football has.

Club turned pro at the first opportunity, with All Black legend (and former Blackheath schoolboy) John Gallagher captaining the side. The future looked bright until the Kiwi consortium backing Blackheath withdrew unexpectedly, a blow that was followed by the death of Club’s English backer and President, Frank the Bank. By 2000, Club went back to being semi-pro, never to trouble Final Score again.

After the match we repaired to the clubhouse, having got into the jug habit, before disappearing around the grounds for another joint. Kids practised their kicking on the pitch and we managed to miss a speech or two before returning, refreshed and giddy. Suddenly, hunger kicked in and, as if by magic, a giant pig appeared, ready roasted and being served into buns with apple sauce and piles of crackling.

‘God, I love rugby,’ said Roxy, in earshot of a queuing front row forward. He tried to catch her eye, but her inability to focus or stand still made that a challenge, even for an eager giant.

Players and fans mingled in the bar and balcony as the music was cranked up. What’s this? Footloose? In 2016? The space by the side of the bar, bedecked with Club teams of old, turned into what looked like a provincial disco, attended by seven foot men in T-shirts several sizes too small. Stuffed with pig and in no mood for Jump Around I was ready to move on.

‘You can leave me here,’ whispered Roxy, after expressing her interest in joining the club to some XL gentlemen.

‘We’ve got a thriving women’s team,’ said one earnest hulk.

‘Who said anything about the women’s team?’ said Rox.

I can’t remember the name of the song that was being played as I left, but I will always think of Roxy chasing a prop forward around the dance floor to the Benny Hill theme.

I half expected to see Club’s retiring number seven, Dave Allen, stripped to the waist, being bathed in ale, but there he was, doting on his little girls. No need to make a fuss.

Club bowed out of SE3 with similar reserve. The move is to secure Club’s future so there’s no need for tears. It’s a sport in which everyone’s a hero and no one’s a hero, like physical socialism. And I’d be right in there with them if it wasn’t for my terrible gout. 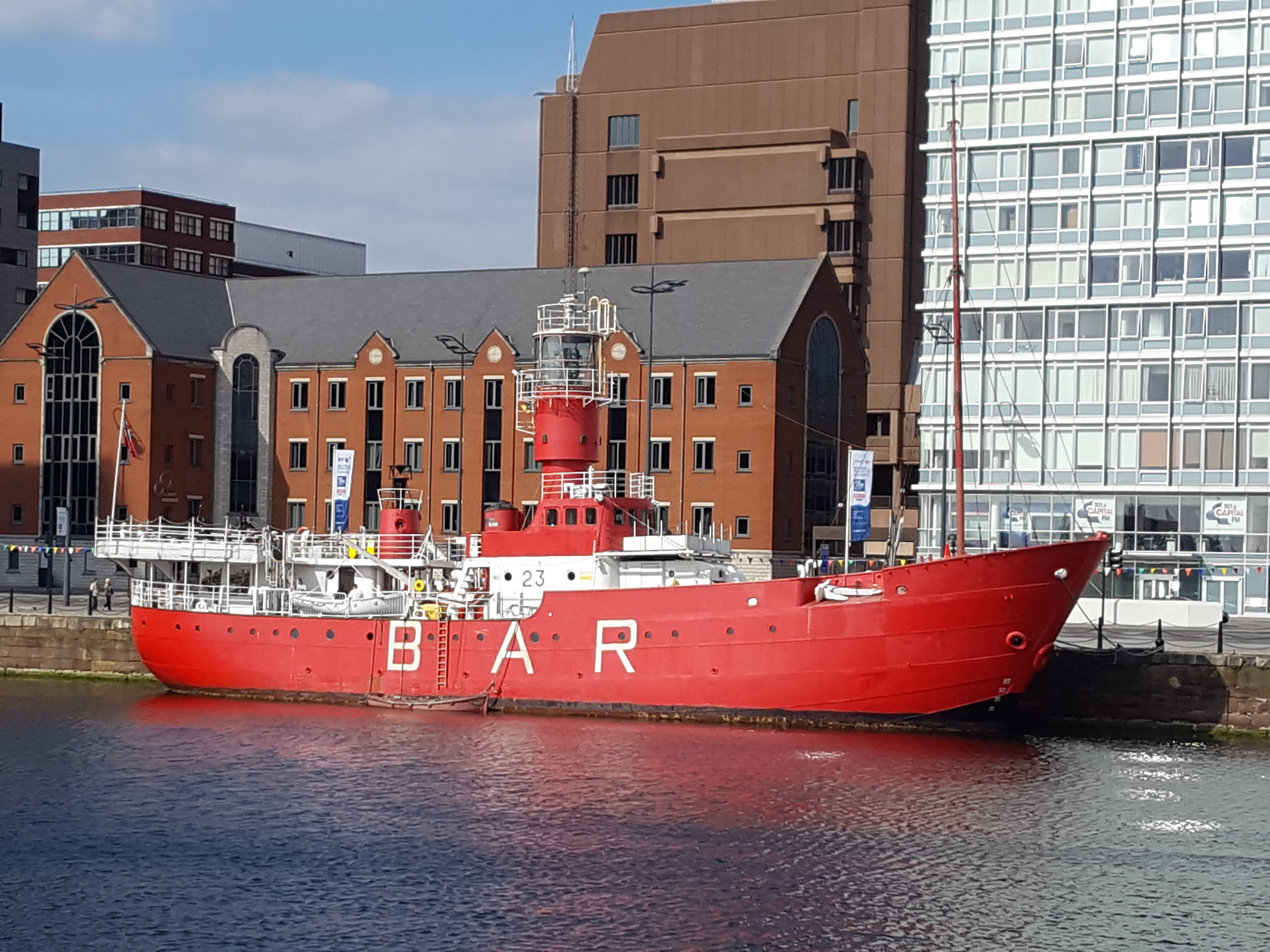 "RT @DulwichRaider: Podcast recording day. A quick pint and a chat with David in Brixton. https://t.co/9g3NXE2Ql3"
about 1 hour ago
"@the_max_doom @peter_watts @Trivium21c @DirtySouth15 Here’s Brian and Vic from the band on the original stage, from… https://t.co/9mqsWpxaeW"
2 hours ago
"RT @alexgriem: Spotlights Theme Bar - spotted this sign in the Lewisham centre. What is it? When was it open last?? @deserterblog? https://…"
2 hours ago
"RT @IanCobain: Rail-side message for a Monday morning, Peckham, south London https://t.co/fDj3DIHuMo"
6 hours ago
"RT @jscott110: Lovely visit to The Bricklayers Arms Putney. Cosy traditional pub with a fireplace! Founded in the 1800s this is the only pu…"
9 hours ago