You Will Have Fun

This is a phrase I have uttered many times at work. But I am not a cop being asked to brutalise an innocent man into giving me vital information to crack a case. I am an accounts manager trying to avoid an office social.

Stating my reluctance brands me a negative person, miserable and possibly depressed. I am not depressed. I just don’t want to wear a funny hat in a rubbish pub with people I don’t care about. Up until now I thought I was alone, but after reading Carl Cederstrom & Peter Fleming’s book, Dead Man Working, I realise I am not the only one secretly dreading what they call ‘Formalised Informality’.

I have been struggling to succinctly describe this ridiculous aspect of my day-to-day working life. The closest I got was ‘organised fun’ though at times it seems more like ‘competitive loneliness’. Formalised Informality covers everything the company you work for does to try and make itself seem cool and caring.

Here is the worst of it, and how I survived.

At university, fancy dress was all the rage, like a perpetual stag-do, dressing up to make the same old places seem more interesting. After graduation I thought I’d be able to hang up my Wonder Woman costume. However, in my first full-time job, working in a call centre, fancy dress was actively encouraged. The invites and rules for the days ahead flooded in:

‘We’re doing a pyjama party at work, you have to dress up.’

Worst of all, ‘We’re doing a team social, you have to come.’

The follow-on from a lot of these usually contained the line, ‘Otherwise you do a forfeit’, or simply, ‘Well, you’re coming anyway.’

This social ultimatum plagued my first workplace, making it seem more like a university rugby club than the mundane office job of which I had dreamt. We were only a step removed from shoving a bar stool up our arses or biting the head off a blackbird. As Fleming says, ‘Being a party pooper is considered the worst crime in the world’.

I usually escaped these activities with casual self-depreciation: ‘My face is my costume’, or, ‘I slept in these clothes, so, technically, these are my pyjamas’, neither of which was too far from the truth. I spent most evenings in the local pub, which provided a brief intermission between what Fleming describes as, ‘Hell 1’ (home) and ‘Hell 2’ (work), waking up with the remnants of a keema naan stuck to my face, a half-drunk pint of ale spilled underneath my pillow and, yes, in last night’s clothes. Your colleagues take pity on you and usually back off when they realise they’re not getting anywhere. Once I turned up to work the following day wearing pyjamas, having not worn them the day before. Yeah, who’s crazy now?

However, it’s this kind of maverick behaviour that makes you stand out as someone who doesn’t follow the pack. Someone with the sort of mentality that corporations believe they adore. The crowd has convinced itself that following the crowd isn’t cool. You can thank me later when this insight leads to your promotion.

I thought moving to London and working for more corporate organisations would make my job seem more like a job and less like attending the rugby sevens. Instead, it got worse. In my next job we would be told that we had to donate to certain charities, that you can wear what you want but only within reason, and that having an office opposite the pub meant that you had to go to it otherwise you were a pussy. They presented an illusion of a cool and social atmosphere. As Fleming concludes, your non-work becomes work, and you are then stuck in an everlasting cycle of work-based activities.

Team socials/pub trips are a little more difficult to get out of for this reason. ‘You have to come’ – an instruction, not an invite. You’re made to feel like you have committed some heinous act for not painting your face or spending your free time outside work with the people you work with, talking about work, only to go back to work the next day and discuss what a hilarious mess you were the night before. Oh, the bants.

In my current job, the social life contrasts between a middle-aged dad disco vibe and bankers out in Bank being banky (I’m not a banker). The choices include going to the local pub over the road from the better pub and have boring people tell you you’re boring for drinking ale and wanting to be in the real ale pub. That’s often followed by a £10 mojito in some sticky floored hell-hole, spending your month’s commission on over-priced shots, before bribing the freshen up man in the next cocktail bar so you can shove your nose full of Persil and realising with a start that you only have three hours until work starts.

Unless you have the date well in advance and can deliberately plan something on the exact same date, you will need to resort to desperate measures, elaborate lies or spectacular self-harm.

The easiest way to avoid being invited out is to be the worst version of you when you first succumb to the socialising. Offend the key social organiser by being overly inquisitive, highlighting and then focussing in on their insecurities until their ego is sufficiently dented. They won’t ask you along again.

Once you’ve offended the social fulcrum, continue to make your own plans, turning up to work hungover and enjoying your freedom from the work social. People will become curious about what it is you do at night. The offensive conversation is now a distant memory, colleagues will want to know whether you are having a better time than them. You may find you get asked to organise a night that is more inclusive for others who have followed your footsteps.

Never accept this offer – or if you feel you must, make sure it’s on a night you can’t attend. Your mystique will be increased and hopefully your new acolytes will discover there is a world elsewhere, and their time is their own.

Social elements aside, the fun doesn’t start when you get out of the office. The infantilization of the workplace has been creeping in for years, turning the office into a playground with bullies and victims masked as ‘banter’ and ‘fun’. In my first job they would start every day with a dance to get the energy levels up. Yes, a dance. It was only our team though; in a call centre of about 200 people spread across different companies, our team of seven would have to dance every morning to show we were different. Middle-aged women managing the phone lines for Mars while people called in about declining state of nougat would look on in astonishment as we reluctantly threw shapes. Walking round the office later in the day, people would pull you aside and say, ‘Why do you do that? You should say something; you are not contractually obliged to boogie’.

They were right. It’s not in your contract. A lot of what you do isn’t, but managers will find a way to tie it into being a ‘team player’, going ‘above and beyond’, or ‘displaying a PMA’. They don’t need your contract, because they teach you that you need them more than they need you. This is a fallacy. If they fire you, they have to go through HR, explain why, rehire, pay referral/agency fees, and redistribute the work you’ve told them is too much for one person (it isn’t). The ball is always in your court. You could say, it’s your ball.

Being new to the role and the working world, I had no idea how to avoid the morning dance, at first. The veterans had figured it out. One had an old pair of crutches, faking a disability to avoid humiliation. Another had somehow worked up an incomparable level of BO and bad breath, so that the slightest bit of exercise stank out the entire office. Eventually everyone just stopped working until the instigator got fired, because while they can look at each of your contracts individually, nothing stops middle-management in their tracks like the team collectively shutting down. Or someone smearing shit over the toilet walls… but that’s another story.

Bottom line: Be your own version of yourself

This notion of formalised informality leads you to become a forced version of yourself. You don’t enjoy being you, because you’re made to believe that you are miserable and don’t enjoy their version of fun. Non-work and work merge, the workplace imitates life and your life becomes work. It’s what they want to happen, so you feel so inextricably entwined that it becomes impossible to leave. You end up staying there, forever, as the boss gradually becomes your friend, you have a work table at your wedding, and a photo of your missus stuck to your cubicle, so that everyone knows you can shag birds. You stay in the same place until you’re the oldest guy there, and when you complain about the place you always remember, ‘Well, at least they give me a free beer every now and then – not even my mates do that’.

You get to decide what you do and don’t do at work – don’t accept any middle ground. Don’t socialise with the managers, don’t absorb all the free stuff. This isn’t to say that everything is awful and a trap, you might make a few genuine mates at work, ones who can get along with your existing social circle, but learn to separate these from those only socialising because of some post-work social obligation. Go to the pub you like with them, and don’t talk about work. These will be the ones who make you laugh and actually give a shit about you. If everyone’s a dickhead, then don’t bother – clock in, clock out, and make your own plans for the free time that you have earned. Never conform, not to corporate will.

Cederstrom & Fleming’s book has helped shine a light on an area of work that should be more exposed for what it is – the colonisation of life outside of work. Don’t allow it. 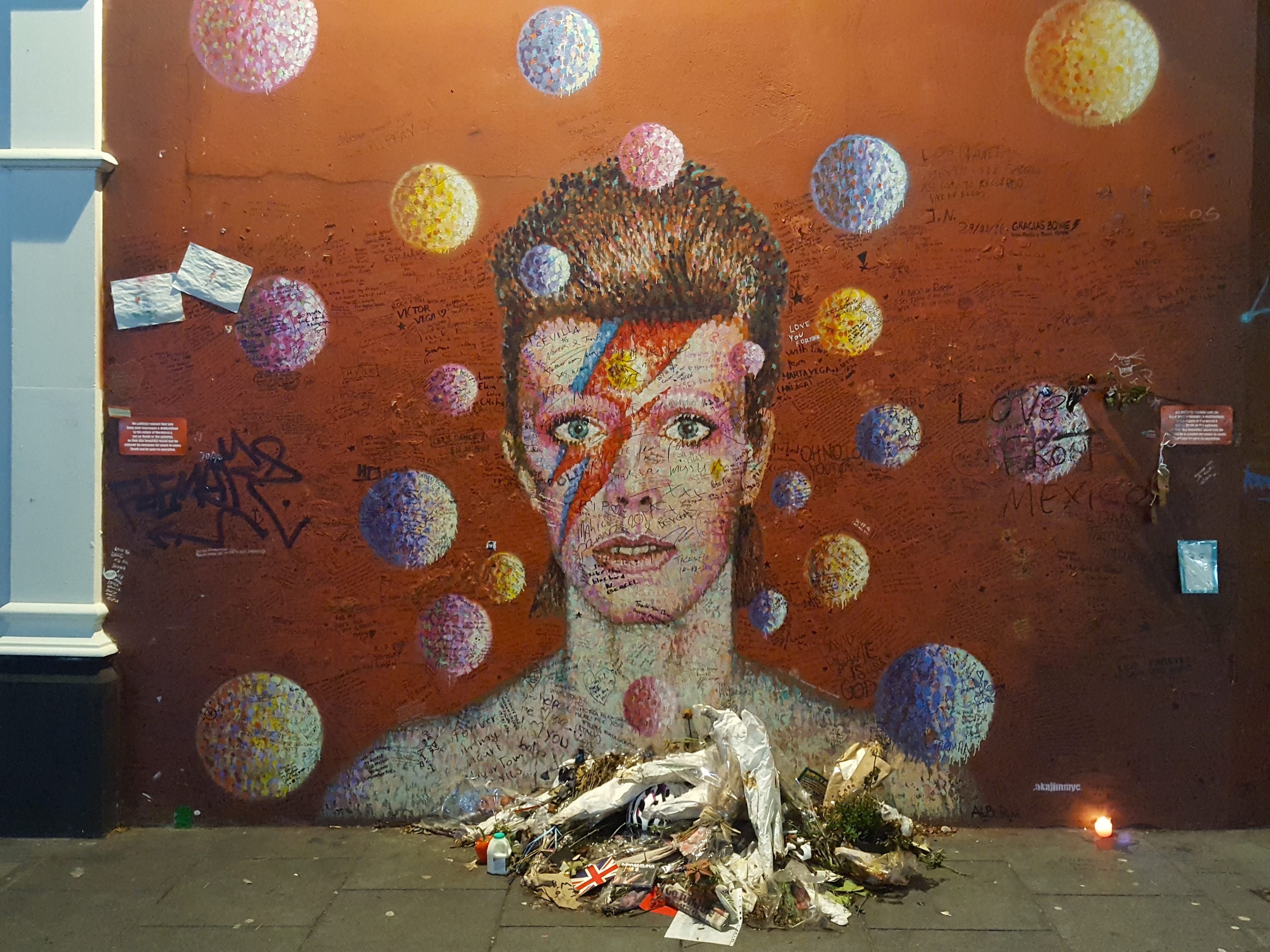 The Lost Shrines of David Bowie

Top 8 Places to Drink in Public