What your Safeword says about You 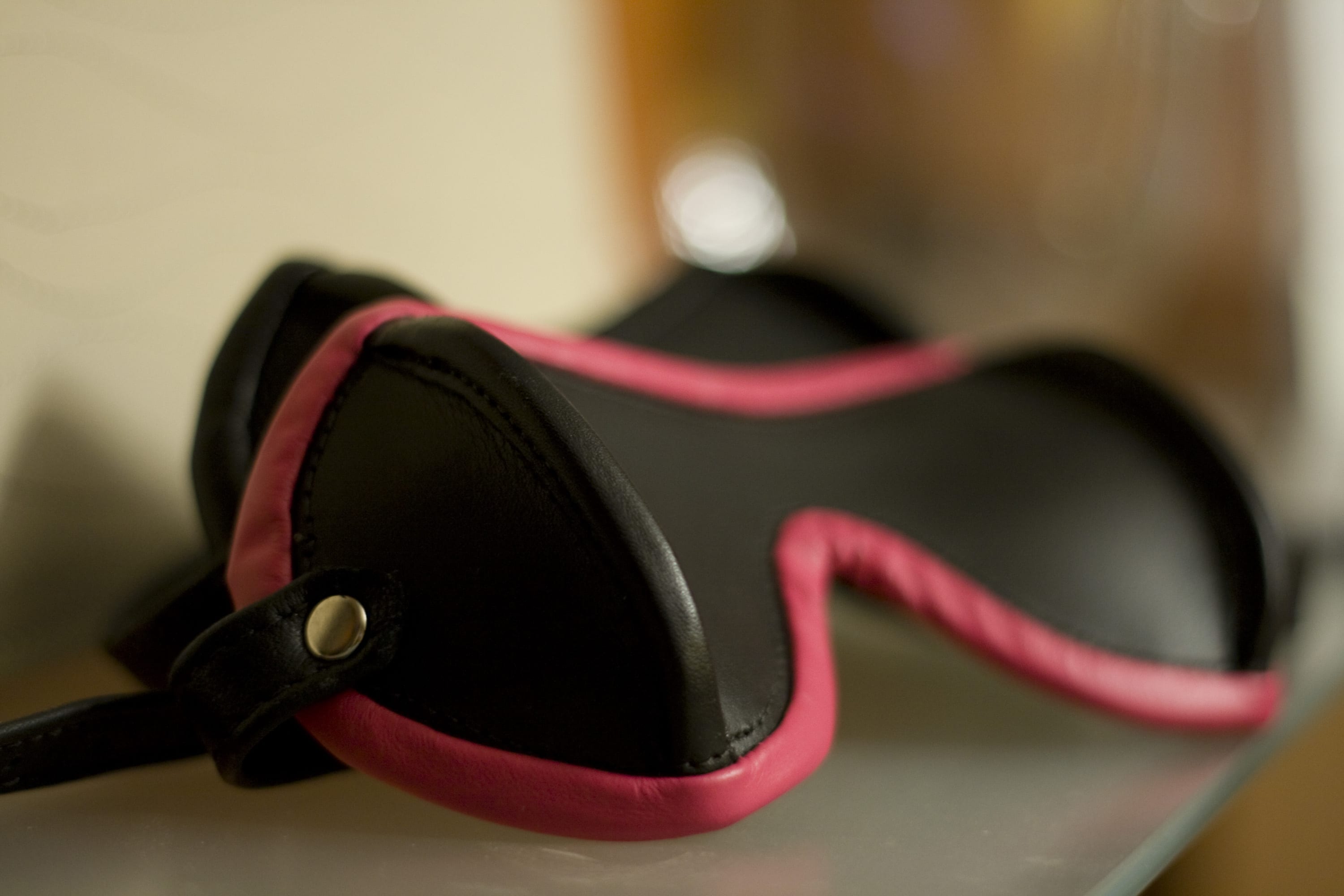 Not all alleys are born equal. There’s one close to the junction of Borough High Street and Southwark Street, with high walls and a bin lean that provides superior shelter for toking, joking and quite possibly, poking. Still, it was an unusual setting for Roxy to bring up fetishes.

‘What’s your safeword?’ she asked, tugging on a number. ‘Mine’s Croydon.’

You can reach a certain level of intimacy in friendship where you talk about your peccadilloes. Yet I had little to reveal. What was wrong with me? My internal monologue nagged: I thought you were supposed to be fun.

Then I remembered. Pain. That’s why I don’t have a safeword. I don’t get pleasure from pain. It just sort of… hurts. I won’t even wear uncomfortable shoes. I don’t need a safeword for my dom. I need one for my dentist.

But I do know that the only important thing about a safeword is that you can remember it and recall it under duress. That’s why people tend to choose fairly anodyne words – colours or fruit – to blurt out when it all gets too much. Roxy got the giggles as I told her about our pal Spider, who once had to use a secret codeword, not for a session of discipline (though God knows he could use one), but for a sting operation. To cut a very long story short, he had to pose as an ivory trader, buying some tusks from a poacher in Zambia. It was a dangerous, potentially life-threatening operation that he chose to be involved in, not for a vast sum of money, but for a laugh – to have story to tell.

Spider was the only one in this scene who was not armed. If the poachers suspected anything, he would most likely be killed and never heard of again. He had two soldiers hiding in his Land Rover, backed up by loads more in the bush, ready to burst out and arrest everyone as soon as they heard Spider shout: ‘Mosquito!’

First he’d have to keep the poacher and his gang chatting for 40 minutes while the other soldiers crept into position in the remote location near the border with Malawi. That was no problem for Spider – he’s a chatty fucker. The problem would be, as it often is with his friends, could he retain their attention for 40 minutes of tangential monologue. Suddenly, though, there was a huge commotion in the bush – the operation had started and he hadn’t yet sprung his protectors. In the sudden stress of the situation, he completely forgot the word that could save his life. He turned to the vehicle and yelled at the top of his voice, ‘Hastings! Hastings!’

‘I’ve no idea where that came from,’ he told me later. ‘I’ve never even been to Hastings.’

That’s why people choose ‘orange’. The less imagination you bring to your safeword, the better. ‘Pineapple’ is popular, Reddit tells me. Other favourites include ‘Beetlejuice’ and ‘foliage’. I’d be wary of ‘bananas’ though, just in case your mistress fetches the fruit bowl.

Actually, all your safeword says about you is that you have a safeword. That pleasure is high on your agenda. It doesn’t matter what the word is, but having one says something about you – that you’re in with the sin crowd.

‘Why Croydon? I asked Roxy.

‘There’s no more fun after Croydon,’ she said, wisely.

Roxy had already demonstrated an astonishing capacity for pain, at The Rake, where she forked out £16.20 for a pint of sour beer. The man behind the bar suggested she just have a half, which she took offence at, insisting, ‘I’ll have a fucking pint, if you don’t mind.’ The barman learned a valuable lesson. And she paid for it.

The lure of further alleys drew us to King’s Head Yard, where we would meet Half-life and could stand and drink pints on the cobbles, like street dominators.

The problem with affording Half-life the common courtesy of asking how he is, is that he often tells you, contrary to standard British practice.

‘You don’t want to know,’ he said, accurately. ‘Bad pint, yesterday,’ he moaned, stroking his stomach.

‘I’ve narrowed it down to eleven suspects,’ he said, quite pleased with his powers of deduction. ‘And I’m not paying for another pint from any of them until this matter is cleared up.’

There then followed an exhaustive description of the symptoms, sights, sounds and smells he had suffered, which I will spare you, in case you want to eat today.

‘I guess you’re off the beer, then?’ I said, feeling a little queasy now myself.

‘Fuck yeah,’ he said. ‘I’ll have a dark rum and ginger, if you’re offering. Honestly, Dirts, I could evacuate through the eye of a needle, mate.’

Image credits: Main image by Pierrette Wiseman. Paddle by Boy Rook and King’s Head Yard by D1v1d all used under this license.

The Lost Art of Conversation