Remember, remember, the fifth of November. (Or other days, if the fifth isn’t convenient.)

It’s not often I side with traditionalists, but I don’t like the fireworks being moved to the nearest Saturday. Would the world end if your little one was tired one school morning? At least they would have learned about failed assassination plots, religious intolerance and to light the blue touchpaper and retire, right?

Deserter wingman, Half-life, even takes exception to anyone celebrating their birthday on a day other than the day of their birth.

‘Thanks, Half-life. It’s not till Monday, in actual fact, but…’

‘Why am I in a pub not of my fucking choosing, then?’

‘Oh, sorry. I just thought, “Who would want to come to the pub on a Monday?”’

‘Do you think Jesus moved his crucifixion to the Saturday so he could pull a bigger fucking crowd?’

‘I was going to buy you a birthday pint, but that’s out of the question now.’

‘I do apologise. How about I get you a…’

Half-life is also furious that Brockwell Park fireworks are not happening due to a failure of capitalism. In order to fund the show, Lambeth Council decided to make it a ticketed event for the first time last year. They lost 27 grand, so are keeping their matches dry this year.

Bonfire Night is a strange celebration, far removed from its roots and even odder for having persisted for over 400 years, in a world where we can barely remember the 1990s.

The Gunpowder Plot that led to tonight’s hijinx was a response to religious persecution in 16th and 17th Century England. Catholics were routinely tortured and executed for worshiping their God, who was actually the same God as that of their torturers, but in His away strip.

Serial plotter and very cross zealot Robert Catesby decided: ‘Let’s blow up the king and deliver him to Our Lord’s infinite fucking mercy. That will bring respect to our faith and peace in the land,’ with all the optimism and wisdom of an Elizabethan Tony Blair.

But it was his co-conspirator, Guy Fawkes, who was caught red-handed underneath Parliament with barrels of gunpowder, some matches and a copy of Nude Nuns with Big Guns. As word of his arrest and King James I’s survival spread through London, people lit bonfires in celebration. The conspirators were tried, then hung, drawn and quartered, before their heads were left on spikes on London Bridge. A sharp reminder that being famous isn’t everything.

November 5th soon became England’s biggest annual state commemoration, with strong religious overtones, as people burned effigies of the Pope, as indeed they still do, spectacularly, in Lewes, the Bonfire capital of the world.

The celebrations began to resemble riots; drunken, violent free-for-alls and by the 1970s they had evolved into the ritual of sticking lit bangers up cat’s arses.

Today, Bonfire Night is a highly regulated community event but it still has a frisson of excitement thanks to the enthusiasm of children and its resonance with happy memories from our own wonder years. It has the atmosphere of a big match as everyone marches expectantly in the same direction amid the falling leaves. Sparklers spell names in the air as Dad lights a surreptitious joint – fun for all the family.

As fireworks are blasted into the night sky, so there must be some spots where you can enjoy the show and have a pint at the same time. Here’s our handy guide. We can’t guarantee you’ll be able to see the fireworks, but at the very least you’ll have a drink.

There are two shows, one for kids at 7pm and a proper loud one at 8.30pm that is, unfortunately, set to music. As it’s Crystal Palace Fireworks’ 150th birthday, they’re entitled to indulge themselves, though a pyrotechnic ‘Dancing Through The Decades’ may be a challenge for the casual fan of explosions.

You can watch the fireworks, save yourself the £6 entrance fee and enjoy a cracking Gipsy Hill pint at The Grape & Grain or Westow House. Bring the nipper and save even more money. 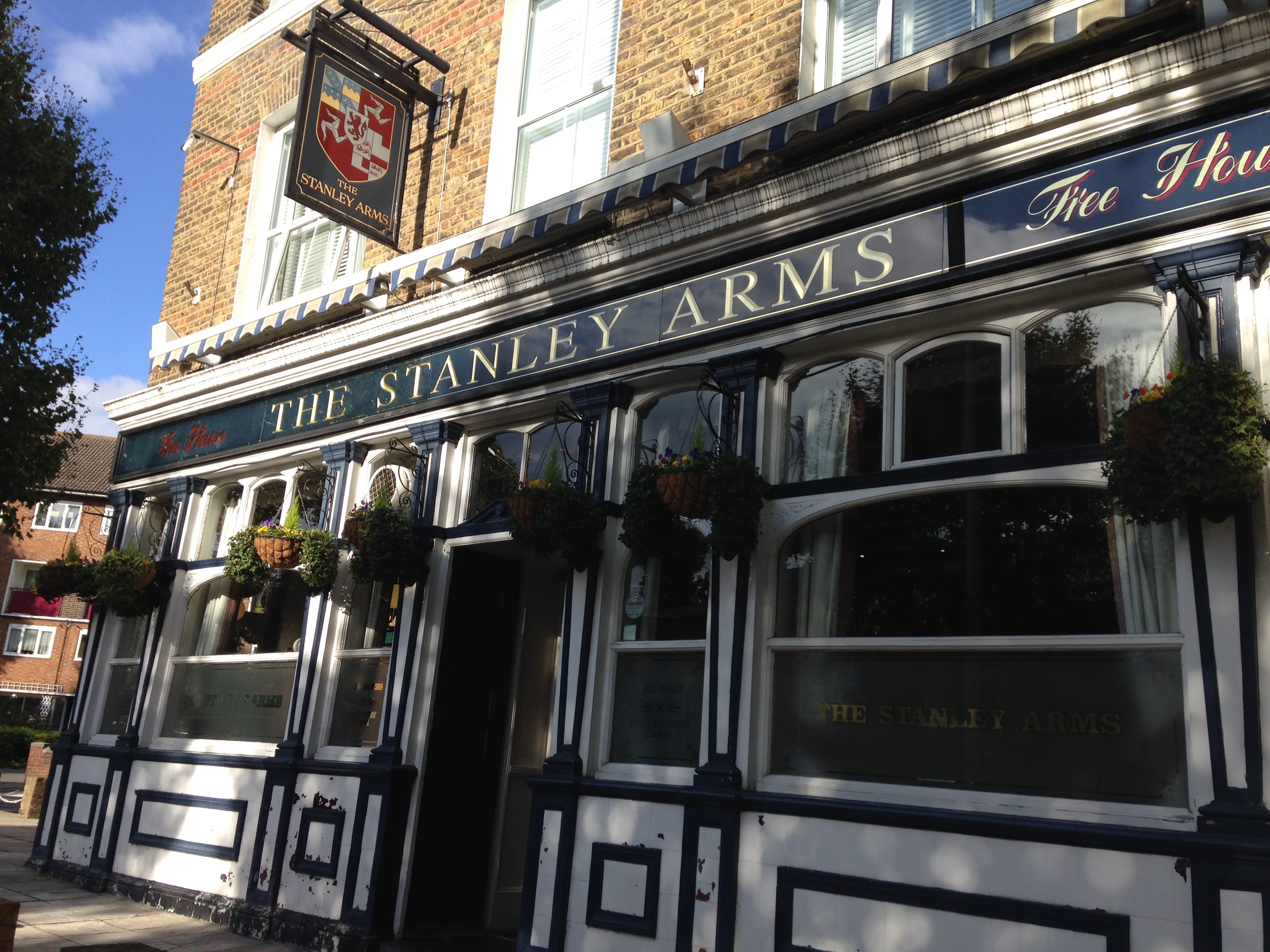 Southwark Park’s display remains free, though it is ticketed – and sold out. Restrictions include no booze and no weapons, though I would have thought that goes without saying. Where are you allowed to take weapons?

The closest pub to the action is the Stanley Arms. Though the view from outside would be quite restricted, they’re putting on mulled wine from 2pm (!) for the occasion. The pub is facing the wrong way for the park, but you could always check out the Aretha Franklin gold disc on the wall, in probably the only place The Queen of Soul shares billing with a signed Millwall shirt.

At £10 on the night and Royal-themed musical fireworks to celebrate our longest reigning anachronism, you may wish to take advantage of local hostelries. However, pickings are slim in that regard as the park is largely surrounded by mansions and the river.

You should get some kind of vista outside the Prince Albert but the best view would be from Chelsea Embankment with the fireworks reflected in the Thames as you gaze towards lovely South London. You’ll have to be bring a tinnie or bottle as the fool powers that be have forgotten to build a pub.

Hats off to Lewisham Council for keeping this, the biggest free display in London, er, free. That fact partially accounts for why up to 100,000 people will head to the Blackheath this weekend. There will be a bar on the heath from 5pm, but good luck getting served.

If you’re fortunate enough to nab a window seat at the Princess of Wales you’ll have a fine view, as you will from the outside tables at The Crown. Head to Greenwich afterwards though if you want to have any chance of a drink as it is the busiest night of the year for all of Blackheath’s pubs. And God knows we all get thirsty after 15 minutes of excitement.

The beauty of the fireworks at Dulwich is that you don’t need to find a pub to see the rockets. You’re already at a bar with big windows looking out onto the show. It’s just as well, given there are no pubs in Dulwich Village while Dulwich Estate fanny around with the Dog. There are no advance tickets, so you can just rock up on the night. The Dulwich display is probably the most chilled of the bunch.

No date worries this year as the fifth is on Saturday, along with all the above displays.

Escape to the Pub 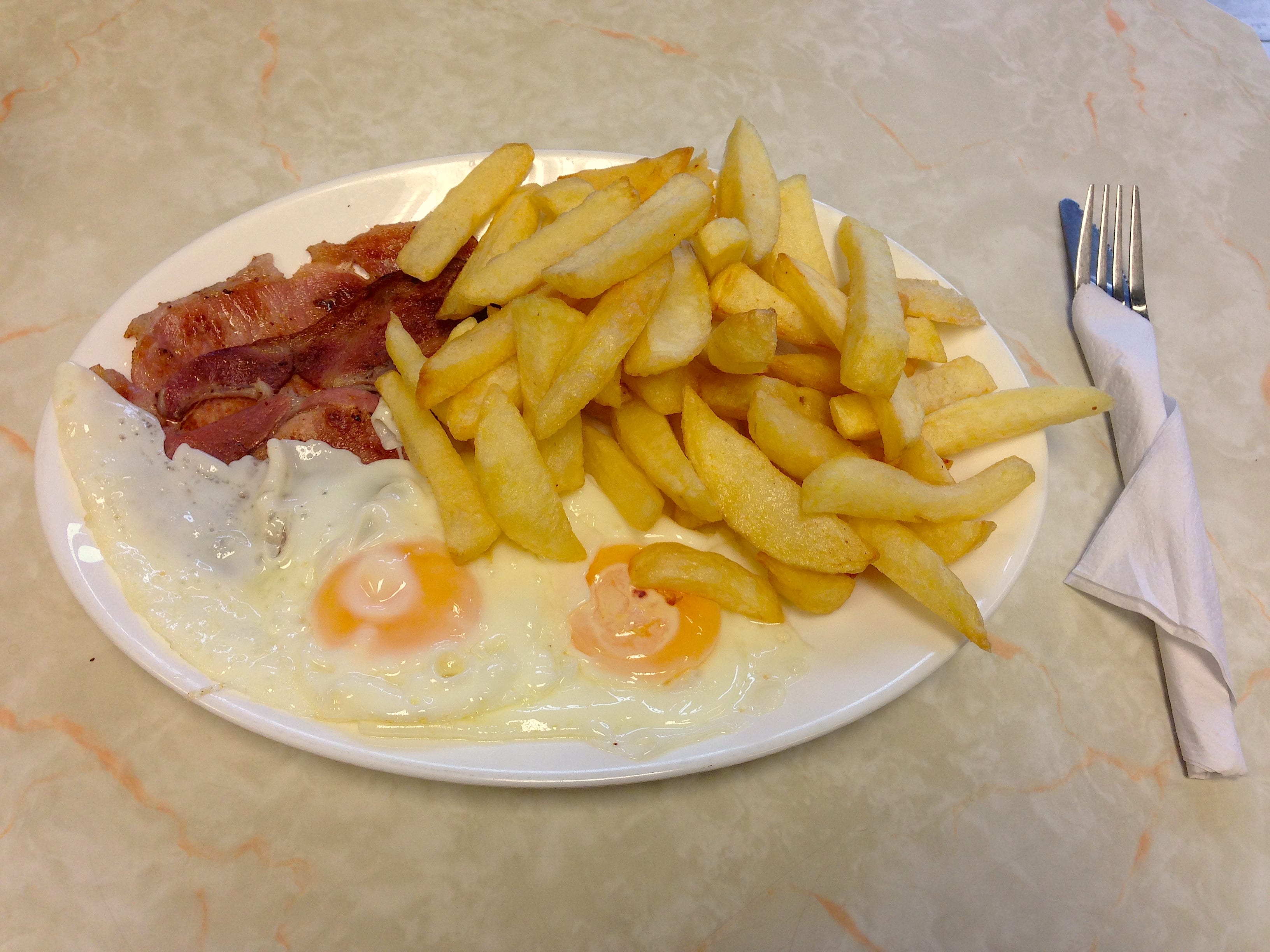